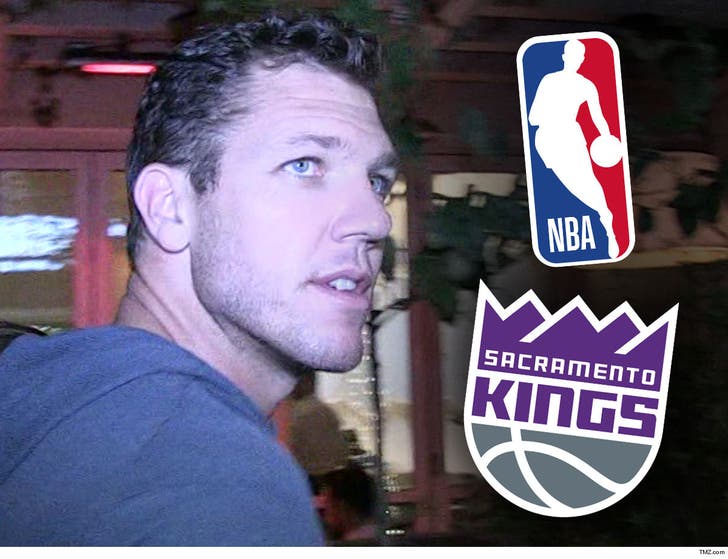 The Sacramento Kings have teamed up with NBA officials to launch a joint investigation into the Luke Walton sexual assault allegations.

Both the Kings and the NBA have hired their own teams of investigators -- which are already working together to look into the accusations made by sports reporter Kelli Tennant.

Tennant claims Walton -- now the head coach of the Kings -- sexually assaulted her in a hotel room back in 2014, when Walton was an asst. coach with the Golden State Warriors.

The two women leading the Kings investigation are Sue Ann Van Dermyden and Jennifer Doughty -- who both have extensive experience conducting investigations.

As for the NBA side, they've tapped NBA Senior VP Elizabeth Maringer -- who previously served 12 years as Assistant United States Attorney for the Southern District of New York.

The Kings and the NBA issued a statement saying they "take these allegations very seriously and will collaborate to conduct a complete and thorough investigation."

As we previously reported ... Walton adamantly DENIES assaulting Tennant and claims she's an "opportunist" looking for a quick buck.

Tennant held a press conference earlier this week emotionally recounting her version of the incident -- saying she thought Walton was going to rape her that day.

Walton has vowed to fight the case in court and says he will NOT settle for any amount of money.