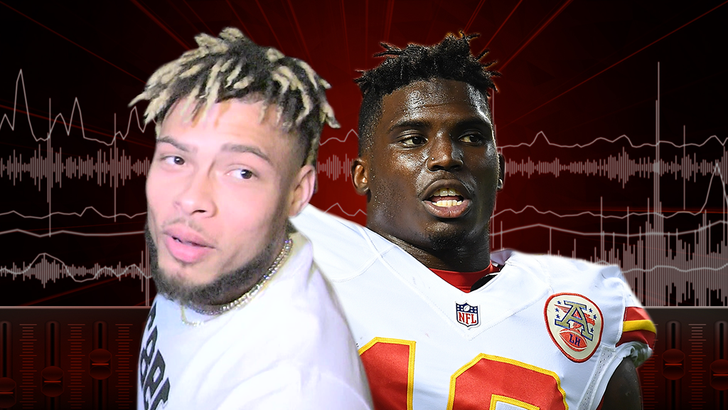 Tyrann Mathieu only signed with the Chiefs a few weeks ago -- but he ain't afraid to speak his mind about his new teammate, Tyreek Hill ... saying he's very disappointed after hearing the disturbing audiotapes.

The Honey Badger appeared on SB Nation Radio when the topic turned to Hill ... who was expected to be one of the focal points of the K.C. Chiefs offense in 2019.

But, the Chiefs have suspended the star WR in the wake of audiotapes which recorded Hill arguing with his fiancee, Crystal Espinal, about the child abuse case involving their 3-year-old son.

During the argument, Hill told Espinal, "You need to be terrified of me too, bitch."

So, how does Tyrann feel about the situation?

"I came to the Chiefs with the hopes that I can watch him play football and watch him run back punts and catch long bombs and outrun everybody."

When asked specifically about the audio -- in which Espinal accuses Hill of breaking their son's arm -- Mathieu says, "It's very disappointing. Not only from a teammate standpoint but I'm a father as well.

Mathieu says he's only been with the Chiefs for a few weeks and doesn't know Hill that well -- so he can't vouch for Tyreek's character.

But, he adds, "It's very unfortunate, the situation he's in." 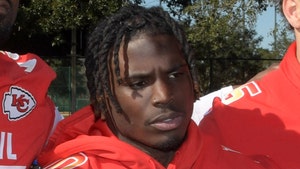 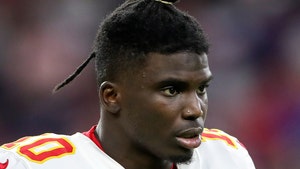