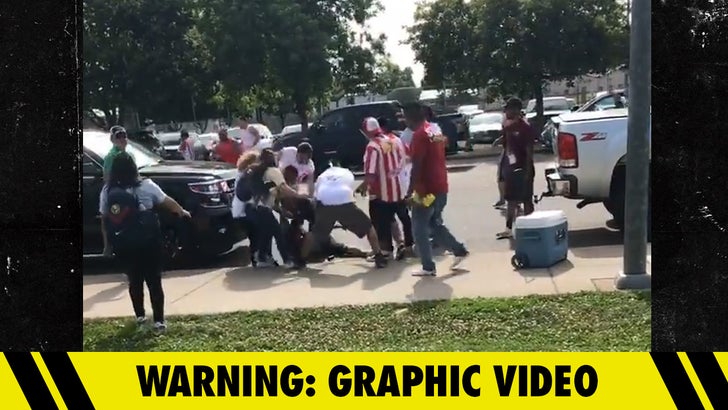 A soccer fan claims he was beaten within an inch of his life at a Chivas vs. America soccer game in Lodi, CA -- losing his eye and suffering brain damage in a brutal attack captured on video.

The fan is Hilario Cruz -- a huge fan of Club America, a pro team based in Mexico City.

The history between the two teams is well documented ... think Yankees vs. Red Sox on steroids.

Cruz -- dressed in his yellow Club America jersey -- claims his family was trying to safely enter the stadium but got rerouted by a security guard who inadvertently directed them into a group of Chivas fans.

In his suit, Cruz claims the fans were armed with metal pipes -- and began beating him mercilessly just because he supported Club America.

Cruz claims he suffered serious injuries in the attack including the complete loss of his left eye, brain damage, multiple skull fractures and permanent disfigurement.

We spoke with Cruz's attorney, Bill Daniels, who sent us video of the attack -- in which you can hear concerned bystanders shouting at the attackers to stop.

The violence expanded -- with Lodi police saying a full-scale brawl broke out with more than 100 people involved.

Now, Cruz is suing the promoters of the game and the City of Lodi for unspecified damages -- claiming organizers failed to provide adequate security ... especially since they promoted the game as a family-friendly event.

Cruz also claims the organizers should have known about the violent history between the rival fans that go back years. 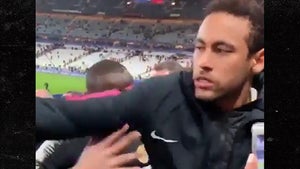 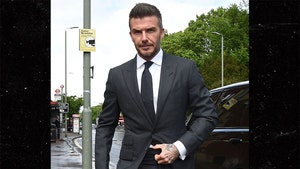