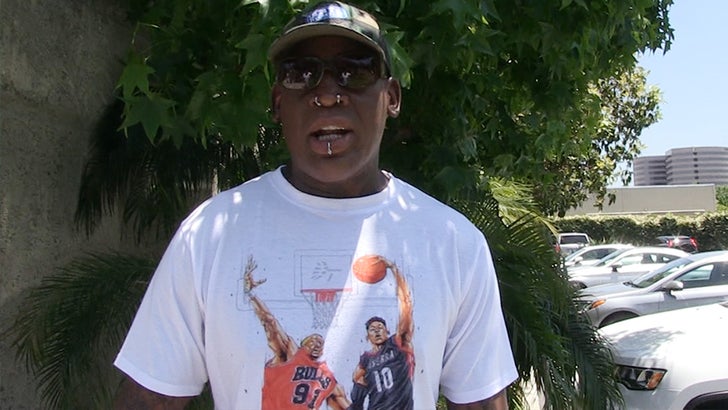 Dennis Rodman says he doesn't hit people -- and never has in his life -- so the latest claim that he randomly smacked a guy at a bar is total BS.

TMZ Sports got Rodman in Orange County, CA Friday and asked about what allegedly went down last week in Delray Beach, Florida ... he didn't want to divulge much, but he clearly denies any sort of assault.

We broke the story ... 30-year-old Jeff Soulouque claims the former NBA rebound king slapped him at the Buddha Sky Bar on May 17 "unprovokedly," which injured his eye. He filed a police report the next day.

Rodman's been listed as an official suspect in an alleged battery as police continue their investigation, but he doesn't seem too worried about it. He insists "nothing happened" ... and his lawyers are dealing with it.

Rodman's attorney, Lorne Berkeley, already told us Dennis denies the allegations and adds that he was sober the entire night in question and nobody he was with saw a slapping incident.

Of course, this comes on the heels of a bizarre alleged clothing heist in Newport Beach, CA the Basketball Hall of Famer was involved in. He's currently being investigated for that too. 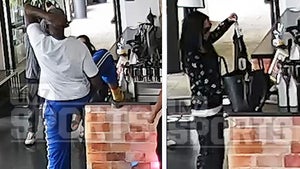 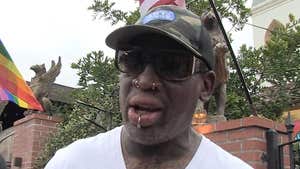