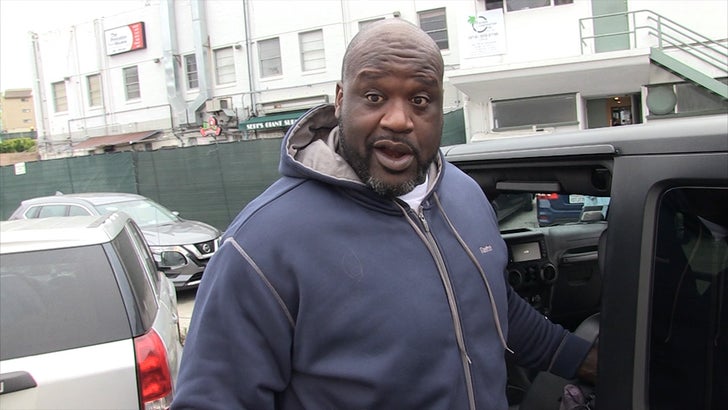 So, Shaquille O'Neal was on his way to the gym in L.A. ... when all of a sudden he got caught up IN JONAS BROTHERS MADNESS!!!!

It's hilarious ... Shaq starts off asking our guys why hundreds of people are screaming and going crazy across the street -- and when he finds out it's all because of a Jonas Bros. event, he LOVES IT!!

But, we also talked hoops with Shaq ... specifically about Drake, who's been heavily criticized for taunting Golden State Warriors players and going crazy on the sidelines during the NBA Finals.

Shaq also tells us he thinks the criticism of Drake is a load of crap -- and compares Drake to Clippers' chairman Steve Ballmer, who's famously animated at Clippers games.

"[Drake] is just having fun, having a good time ... as a guy sitting there watching on TV, it's very entertaining."

Shaq also weighs in on the NBA Finals drama between the Warriors and the Toronto Raptors -- and explains why this series is GREAT!!

But again, the best part of the clip is Shaq's unbridled passion for Nick, Joe and Kevin -- even though he only knows one of their names!!! 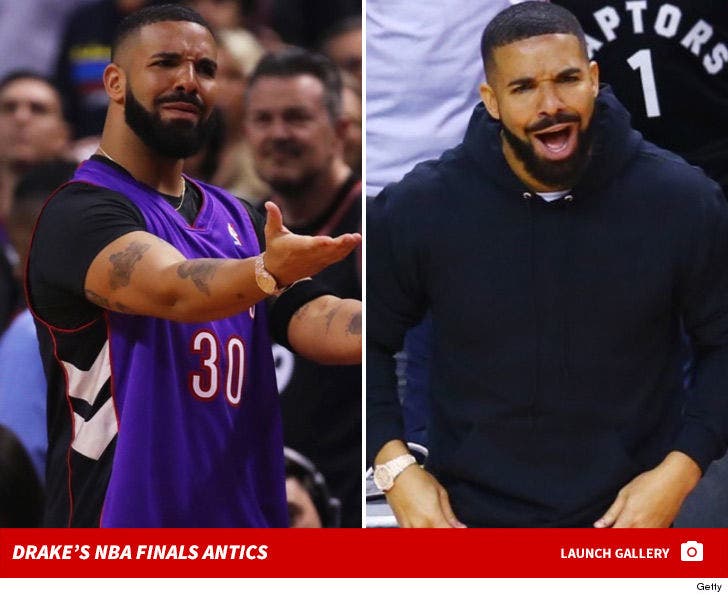 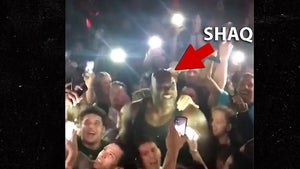