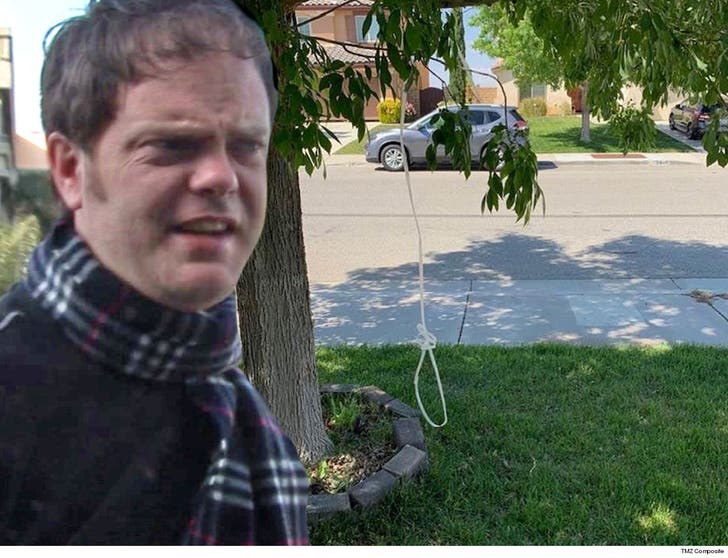 Rainn Wilson's disturbing photo of a noose hanging in the front yard of a black woman in L.A. County's home isn't falling on deaf ears, as the actor claimed ... because cops are investigating what appears to be a hate crime.

"The Office" star shocked followers earlier this week when he posted the image, saying the noose was left on a tree outside the home of an acquaintance, who is African-American. Rainn said the woman called the police, but when officers showed up, she claims their reaction was basically ... "what's the big deal?" 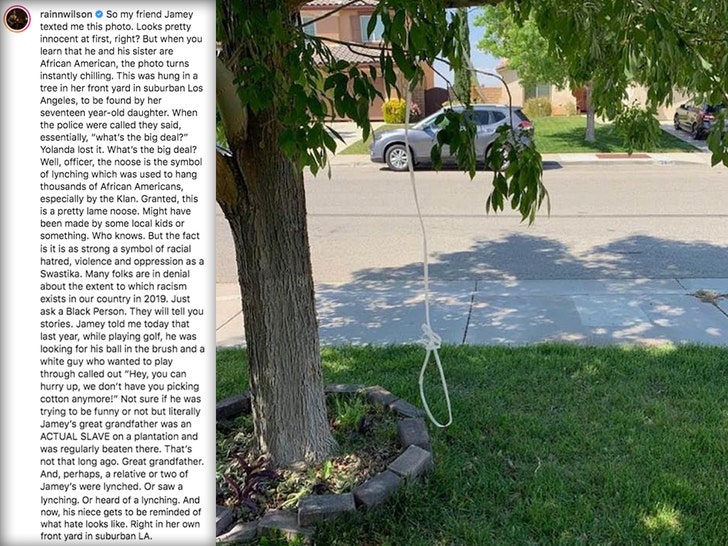 Law enforcement tell TMZ ... that's not how it went down. Our sources say when cops responded, the noose had already been taken down and was in the garbage. We're told the woman wanted officers to make note of the incident -- which they did -- and provided them with photos.

Contrary to the account Rainn was given ... our sources say the case didn't just end with a report.

We're told L.A. County Sheriff's detectives currently have the case and are working to determine who might have hung the noose. Officers already checked for any surveillance footage in the area but came up empty ... however, they're continuing to dig.

One law enforcement source tells us the department takes this kind of hate crime "very seriously, especially in today's climate."

The LASD does not currently have any suspects in the case. 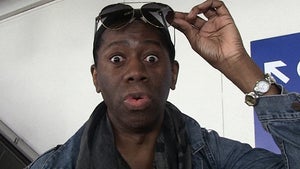 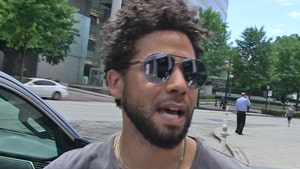