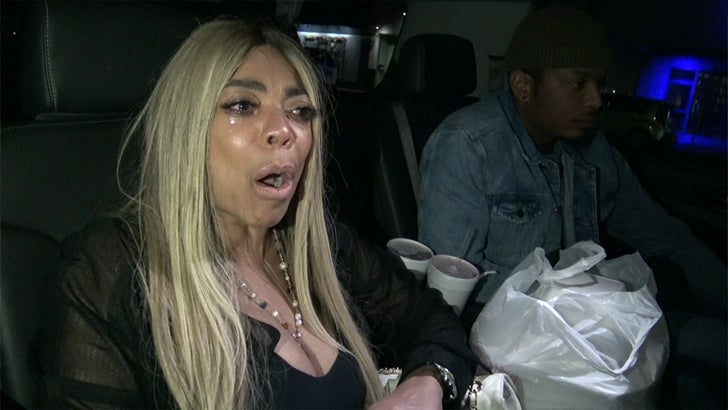 Wendy Williams insists she and her estranged husband can get along for the sake of their son -- but right now the family turmoil is taking its toll, and leaving her in tears.

The beloved talk show host was wrapping up her weekend in L.A. with a Sunday night food run at Roscoe's Chicken & Waffles when a photog asked if we'll ever see her and Kevin Hunter make peace. She started with, "Please don't make me cry" ... and then spilled the tea.

Referring to the fight between Kevin and their son, she says, "Stuff happens in life" ... and "Everybody's gotta grow up."

Wendy declared that she and Kevin would not let their divorce get in the way of sharing their son's future milestones.

It's interesting ... our production sources at Wendy's show say she's been in good spirits, and been great to work with since filing for divorce. But, it's clear Wendy's going through all sorts of emotions, and they poured out Sunday night. 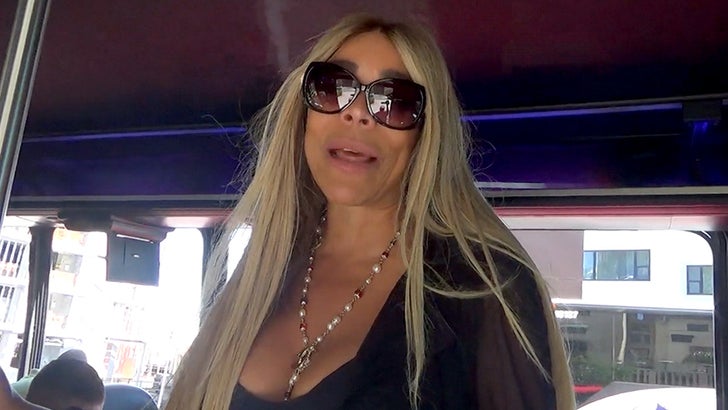 It's not all bad though -- Wendy had some fun in L.A. ... hanging at the Pride Festival with Blac Chyna, and even made a cameo on the TMZ Celebrity Tour bus.

She filled us in on what she didn't get to do during her West Coast swing, and shared some of her talk show host magic with the bus. 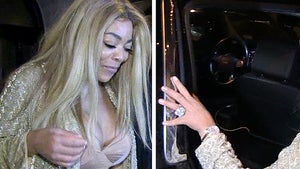 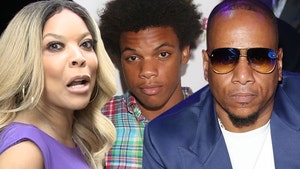