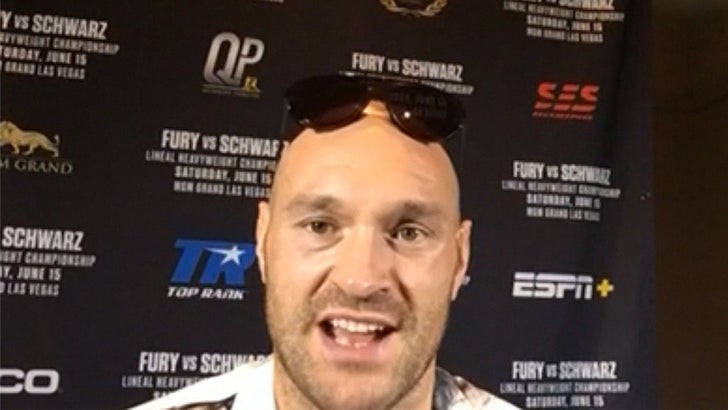 Tyson Fury says he NEVER signed a contract for a rematch with Deontay Wilder -- saying the Bronze Bomber is simply lying about the deal because "he sucks."

Remember, on May 31 ... Wilder put out a video promoting Wilder vs. Fury II -- and said on social media, "All contracts have been signed." Deontay also spoke with TMZ Sports about the rematch. 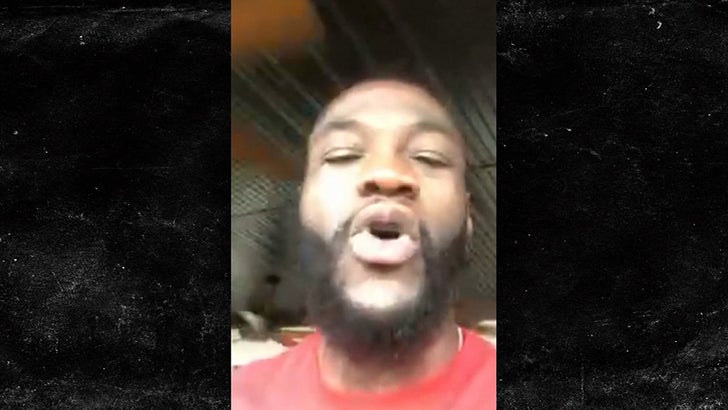 So, when we spoke with Fury on Thursday we were shocked when he called BS on Wilder's claims.

"I've signed nothing," Fury says ... "Not that I'm aware of unless someone signed it for me, which is illegal."

So, why would Wilder make that public statement? Fury has a theory ...

We're reaching out to Wilder to get his side of the story.

Meanwhile, Fury is gearing up for his next match against 24-0 German heavyweight Tom Schwarz -- a 25-year-old phenom who happens to be 6'5" and 241 pounds.

Fury is a HEAVY favorite in the June 15 fight on ESPN+ but Tyson tells us Schwarz has a shot to be the next Andy Ruiz ... the underdog who shocked the world by upsetting undefeated Anthony Joshua.

Fury says Schwarz is no bum -- and he would never underestimate the guy.

"We've all seen the best heavyweights in the world get chinned now and again don't we?"

"[Wladimir Klitschko] was the best heavyweight in the world until I spanked him all over Germany."

Of course, Klitschko was a heavy favorite when he fought Fury back in 2015 -- but Tyson came out victorious ... ending Wlad's decade-long reign as heavyweight champ.

"We've seen the best heavyweights in the world get knocked out loads of times or beaten. We're only men. We're only human. And, that's it ... anything can happen in a boxing ring." 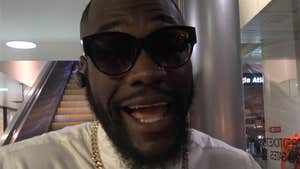