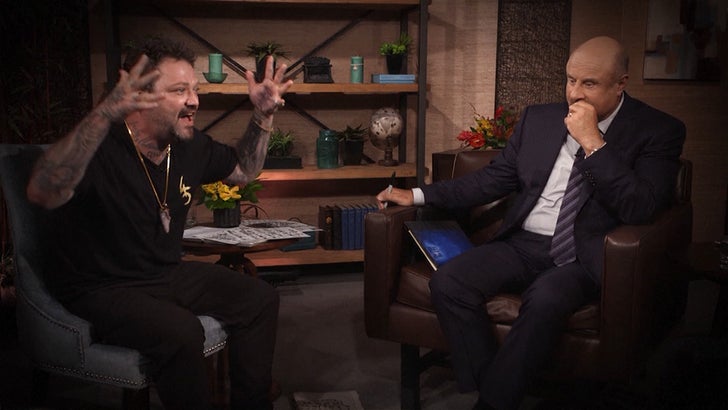 Bam Margera's sit-down with Dr. Phil proved to be even more explosive than previously believed ... and it was Bam's mom who dished some tough love.

TMZ's obtained a clip of the episode Dr. Phil shot during his one-on-one session with the "Jackass" star ... and it's pretty evident why Bam needed professional help. Bam lashed out at his wife, Nikki, and also his mom ... who participated remotely.

Watch, Bam dropped the words no mother wants to hear after she told him he's addicted to drama.

As we reported ... Bam went public with his struggles a month ago, practically begging Dr. Phil for help and the doc obliged. After this emotional 3-hour session, Dr. Phil -- who recorded without a studio audience -- convinced Bam to head to rehab.

Since then, Bam's had some hiccups on his road to recovery -- he left rehab and ended up at a bar, before giving it another shot ... at a different treatment center. His most recent attempt has gone smoother ... aside from a trip to the hospital to treat swelling in his body.

We got him out late last week -- during a lunch outing with his sponsor -- and he looked great, telling us his treatment's going well, and some special friends still have his back.

The episode will air September 9. 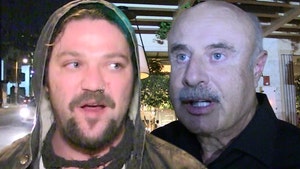