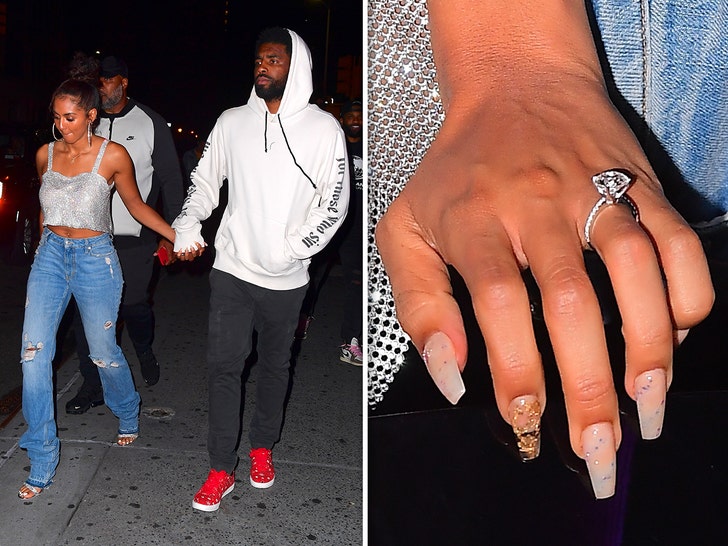 Seems Kyrie Irving is off the market ... because his girlfriend is flaunting a massive diamond on her ring finger just days after the NBA star was rumored to have popped the question.

The Brooklyn Nets superstar was out in NYC over the weekend -- but all eyes were on his lady friend, Golden, whose ring is bigger than her knuckle.

The paps congratulated Kyrie and Golden on their engagement ... and the couple didn't exactly deny it. 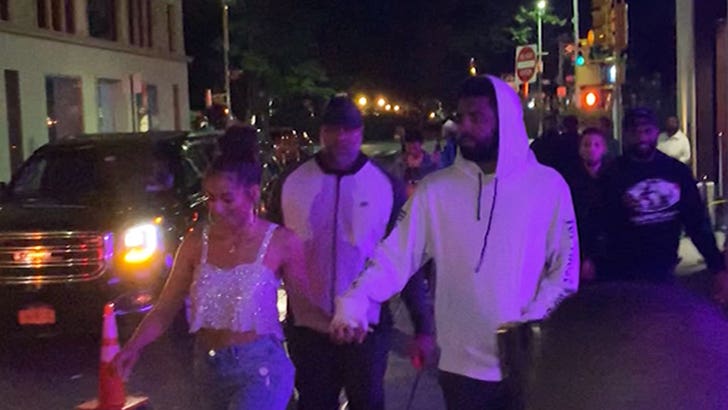 So, if our math is correct ... ring + PDA + engagement rumors = actual engagement (probably).

We don't know too much about Golden ... other than she's a fashion and fitness influencer with more than 400k followers on Instagram.

By the way, it's been radio silence on the alleged engagement from both Kyrie and Golden on social media ... but they're out in public in real life. So, that still counts right???

Kyrie reportedly just signed a brand new $141 MILLION contract with the Nets -- and he's already made $95 mil in his 8 seasons in the NBA.

Congrats to the happy couple (but mostly to Golden!!). 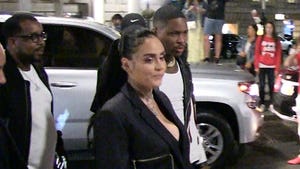