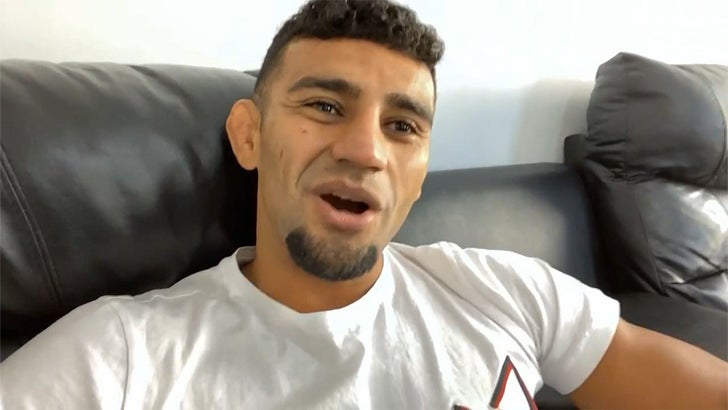 Yes ... ya listening, Kamaru Usman? 'Cause Lima says (in the most respectful way ever) he knows for sure he'd beat you!!!

TMZ Sports talked to the 31-year-old Lima -- who's got a record of 32-7 with wins over beasts like Michael "Venom" Page and Paul Daley -- 2 days after his Bellator Grand Prix title win over Rory McDonald.

The prize? The welterweight belt and a million bucks.

We'll get to the money later ... but first, we asked Lima where he stacks up when it comes to the badass welterweight fighters in the UFC.

Flat out, Douglas says he's the best ... and he's tired of people shading him and his skills 'cause he isn't in Dana White's promotion.

"I know real MMA fans, they recognize, they know I'm up there with those guys. They know I can beat, I can fight any of them. But, most of them it's like, 'Man, you're not in the UFC, you're a nobody.'"

Lima continued ... "Man, I hate that. That's people who doesn't understand the sport. It's not the name UFC or Bellator or ONE FC. There's killers everywhere."

Usman is the current champ ... so we point-blank asked Lima what'd happen if they fought.

"I'd beat him. I'd probably KO him. He's a great wrestler for sure, he wrestles a lot. But man, at any point in that fight if I connect, I can put him away. I don't even think about that, I just know I can beat him, I can beat anybody at this weight class.

"I'm not talking bad about the guy. He's a champion there. He's doing his thing. But, I just know it, man. If one day something like this happens, I definitely believe in myself to go over there and kill it."

Now, bout that milli ... the check hasn't hit Douglas' account just yet, but when it does -- he's got some pretty cool plans for the dough. 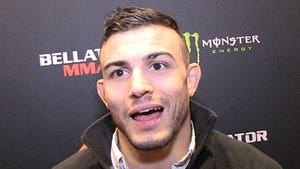 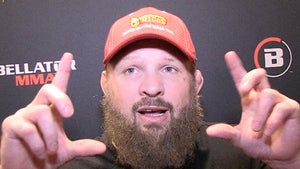