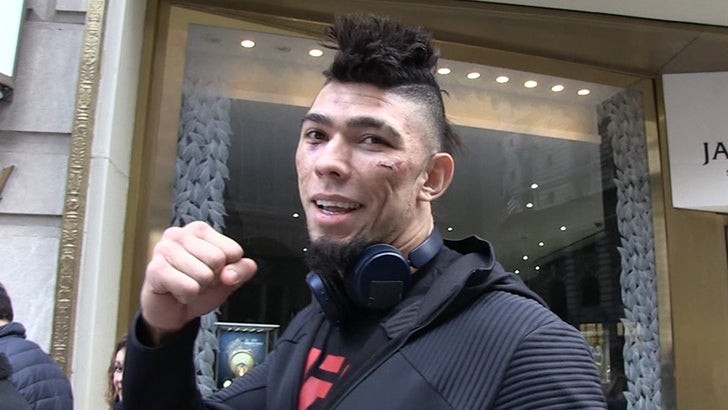 UFC star Johnny Walker was still walking around NYC with his head held high after losing to Corey Anderson at UFC 244 ... telling TMZ Sports straight-up, "I'll be back!"

The 27-year-old Brazilian -- one of the hottest rising stars in MMA -- took a beating Saturday night, with the ref stopping the fight in the 1st round.

When our photog saw 6'5", 205-pound Walker strolling around Manhattan the next day, Johnny didn't seem fazed at all.

Walker said he's expecting a 45-day medical suspension to allow his eye to heal up -- but he's excited to show people he can come back from a loss like a champ.

"My eye's okay. I'll be back in either January or February."

Walker says he realizes the mistakes he made during the Anderson fight -- he hesitated and thought too much during the scrap -- and says it won't happen again.

Walker reminded us he's only been fighting for 5 years and has tons of room to grow -- and may even consider BOXING at some point in his career. 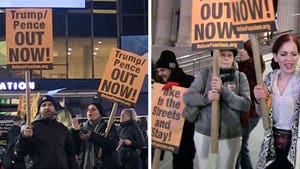