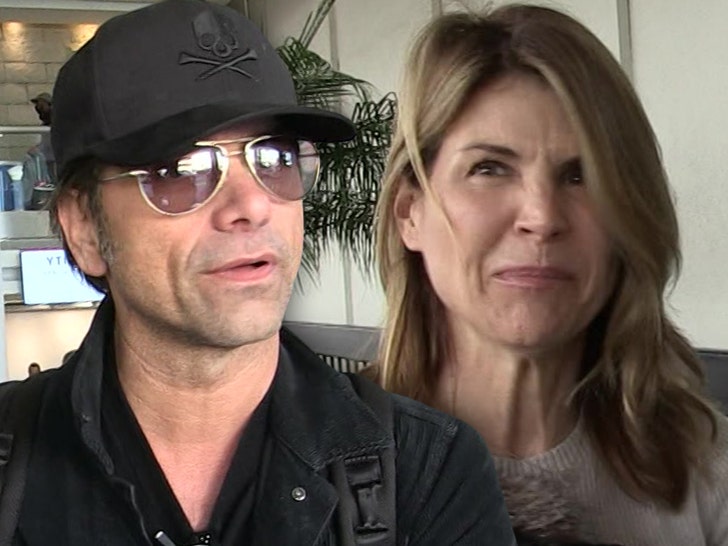 10:31 AM PT -- A source close to John tells us the tweet was "liked" on accident -- there was a ton of love for his performance last night -- and the Loughlin tweet got mixed in. John has since "unliked" the tweet.

John Stamos, or someone on his social media team, might have some 'splaining to do with his pal, Lori Loughlin ... after what seems like a Trump-esque Twitter flub.

John's verified account liked a tweet praising his performance Tuesday night on "The Little Mermaid Live!" ... but it came with a catch -- namely, a jab at his former "Full House" costar. 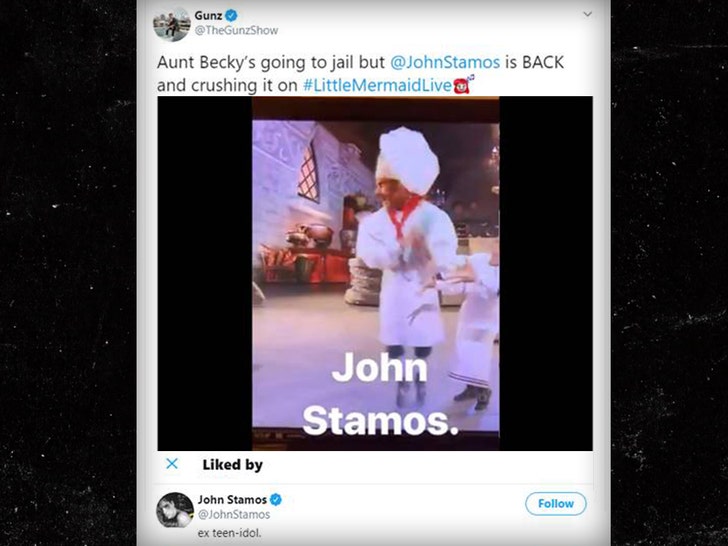 The tweet Uncle Jesse liked said, "Aunt Becky's going to jail but @JohnStamos is BACK and crushing it on #LittleMermaidLive."

Maybe the review of John's performance was just too flattering to NOT give it a like -- but obviously Lori wouldn't feel so good about the message. It's kinda shocking because John's been mostly mum about Lori's role in the college admissions scandal.

As we've reported ... Lori and her husband are facing new charges of bribery after allegedly paying $500,000 to mastermind Rick Singer to get their daughters into USC via the rowing team and some fake pictures. They've pled not guilty to all counts.

Fact is, John is getting plenty of praise for playing Chef Louis on 'Mermaid' ... so it's not like the Twitter user was alone with his or her review. However, we're guessing John would like to take back at least half of his "like" on that tweet.

Too bad that's not an option on Twitter. Not yet.

We reached out to John's team for clarification ... no word back, so far. 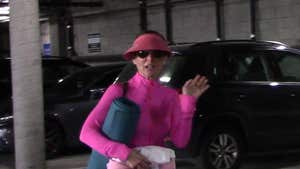 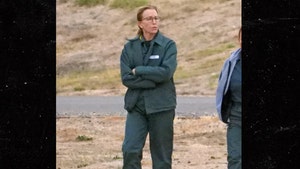