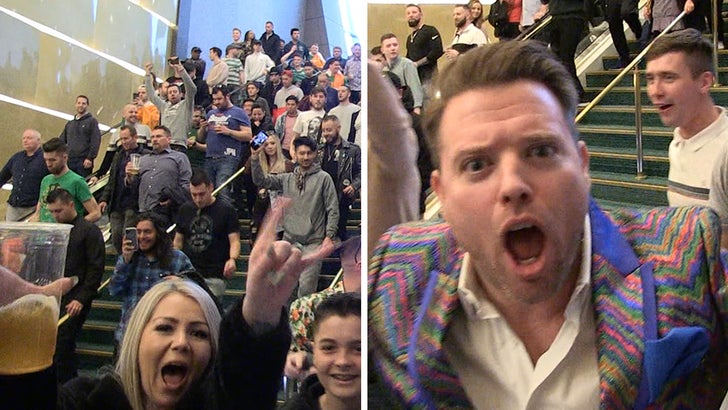 4:45 PM PT -- We're still more than 24 hours away from the fight ... but Conor McGregor fans are already taking over Las Vegas -- screaming his name and raging on the escalators at Park MGM!!!

Ya gotta watch the clip ... McGregor fans -- some clearly pretty lubed up already -- are going insane, with one guy yelling at our camera, "Let's f**king go, Conor!!!"

Here it is ... Conor McGregor and Donald "Cowboy" Cerrone stripping down and weighing in for their main event fight at UFC 246 -- and good news, they both made weight! 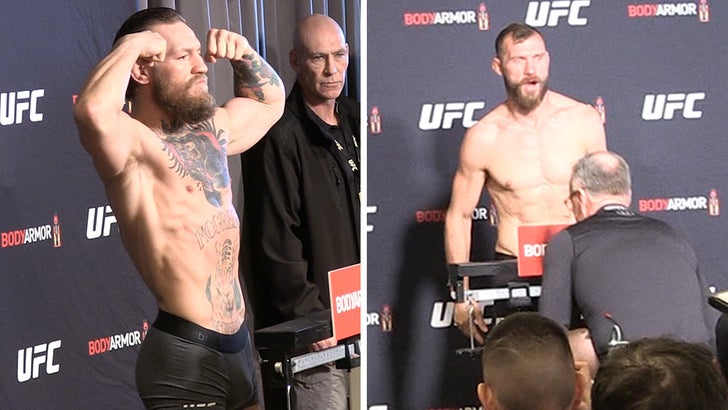 Conor and Cowboy both hit 170 on the dot -- perfect weight for their welterweight matchup Saturday night at the T-Mobile Arena in Las Vegas.

The last time McGregor fought, he only weighed 155 to fight Khabib Nurmagomedov for the UFC lightweight title.

But now, he's moved up in weight and he looks pretty good -- big, strong and UFC doctors say he's in the best shape of his MMA career.

As for Cowboy, DON'T SLEEP ON THAT GUY -- Cerrone holds the UFC record for most victories, most finishes and most fight bonuses!

Both fighters will next attend the UFC ceremonial weigh-in -- which goes down later Friday in front of thousands of fans. It's usually a chaotic scene. We'll have the highlights for you right here. 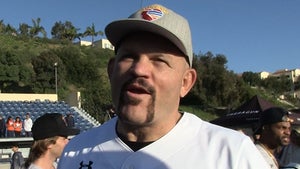 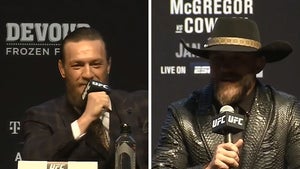