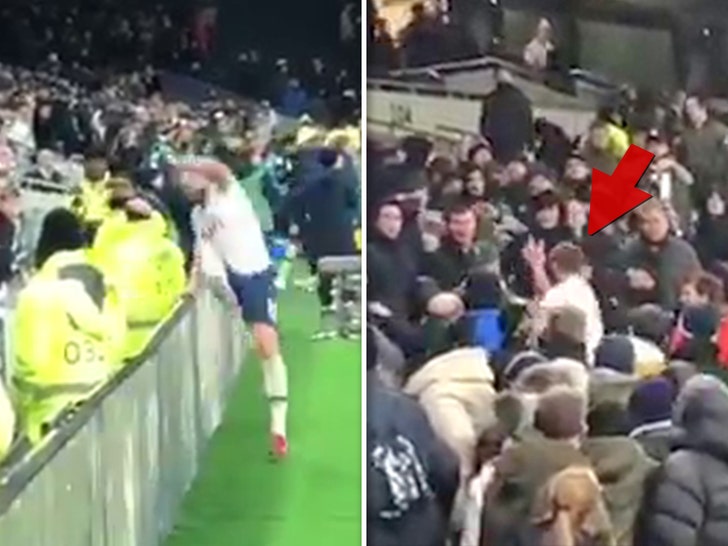 Tottenham star Eric Dier nearly went full-on Ron Artest in a game Wednesday -- charging at a fan in the stands who was allegedly talking trash about the player and his family.

The wild scene all went down during the Tottenham vs. Norwich City game in England ... where Hotspur star Dier had allegedly heard about some insults hurled his brother's way in the stands.

Full footage of Eric Dier jumping over the stands and going over to confront a fan who was insulting & abusing his brother. Brotherly love, I respect that. pic.twitter.com/5xeSQ8Vj5a

You can see in footage of the altercation ... 26-year-old Dier jogged along the sideline, jumped over the railing and beelined over more than a dozen rows of chairs to get to the fan to police everything himself.

Fortunately for all parties ... Dier was intercepted by security and other spectators before he could get his hands on his target.

Eric Dier just came into the stand and had a fight with fan next to me 😱 pic.twitter.com/nMGVcDWegX

After Dier and the altercation had calmed down ... Tottenham manager Jose Mourinho told reporters he didn't necessarily blame Dier for his actions.

"I cannot run away from the question and I think Eric Dier did something that we professionals cannot but, in these circumstances, something that every one of us would do."

❌ Knocked out of the @EmiratesFACup by @NorwichCityFC.

🏃 Ran towards his brother in the crowd.

🙅‍♂️ Jose Mourinho believes @EricDier deserves no punishment for his actions after the game. pic.twitter.com/OxKiWsOoOq

It's unclear if Dier will be punished for the act ... but Mourinhio said, "If the club does that, I will not agree." 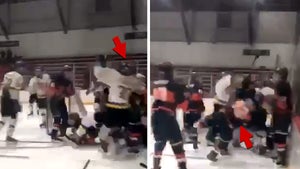