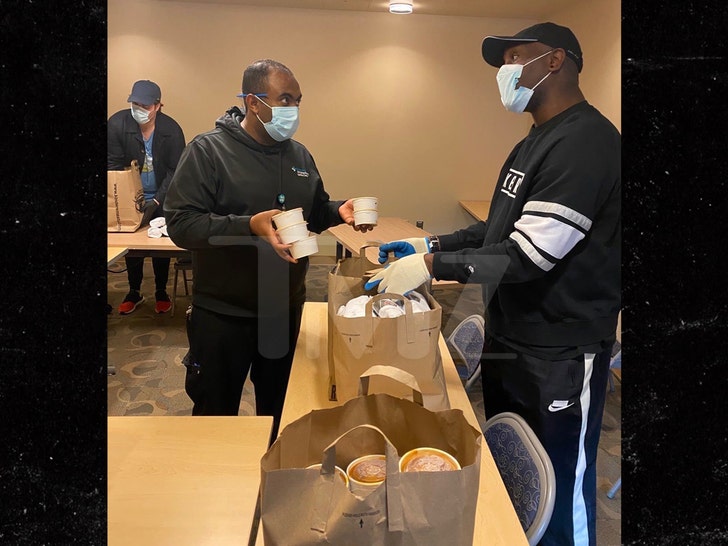 Former NBA star Gary Payton was in a pay-it-forward mood this weekend -- he brought a bunch of good food to the hardworking first responders in his own hometown.

The ex-SuperSonics PG strolled into Alta Bates Summit Medical Campus Saturday, which is in Oakland -- his stomping ground. We're told he came bearing gifts of the edible kind ... a crap ton of barbecue sandwiches and sides from local restaurant Kinder's Meats & Deli.

And, don't worry, Gary had more than enough to feed everyone ... and we mean just about every person on the hospital's payroll, including the often-forgotten security guards who are stationed at hospitals. All in all, we're told GP had enough grub to feed about 200 workers.

He set up shop and doled out the good eats as different wings and departments in the building caught wind of Gary's good deed, and made their way down to the floor he was on. A batch of 30 sandos even made their way to the ICU, where the most vulnerable are being treated.

An eyewitness tells us they overheard Gary tell someone that he actually has a friend who's currently staying at the hospital -- so it appears the spirit of generosity came over him to feed everyone working day and night to keep the people of Oakland healthy.

Just in time for Easter too. The Glove scores again ... well done, Gare. 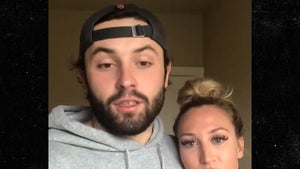 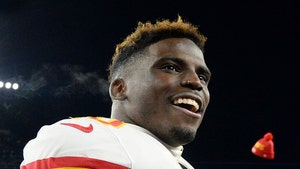