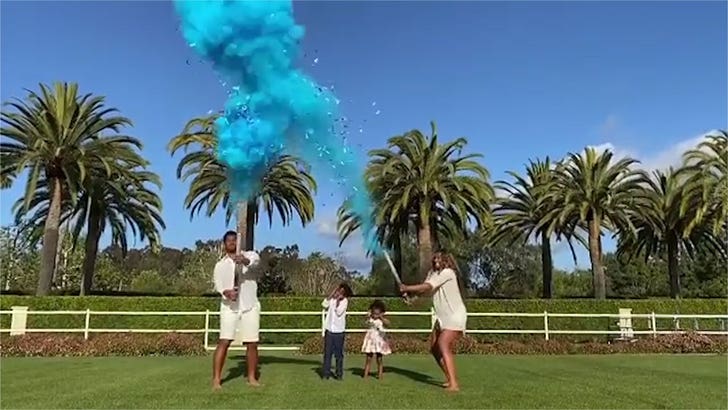 Russell Wilson and Ciara got so fired up over the sex of their fetus ... they busted out their dancing shoes and partied their faces off -- and the video is awesome!!!

The Seahawks superstar and the "Level Up" singer announced their pregnancy just a few months ago ... and this week, they decided to reveal the baby's gender.

The couple -- along with the kids, Future Jr. and Sienna Princess -- went out to a field with palm trees, and had confetti and smoke locked and loaded.

But first ... they had to get a poll on what they preferred the sex to be -- and Russ answered straight-up, "You know what I want it to be!"

Shortly after, the two fired off the makeshift cannons ... the blue smoke was revealed -- and everyone lost their minds!!!

Ciara broke it down, Russ ran around and the kids went crazy. Good times!!!

It should be noted ... celebs from all over were jacked up for the couple -- with Janet Jackson even leaving a heart emoji on Ciara's social media page!!

Of course, this is Russ and Ciara's second baby together (Future Jr. is from Ciara's previous relationship with Future) ... Sienna, their first together, was born in April 2017. 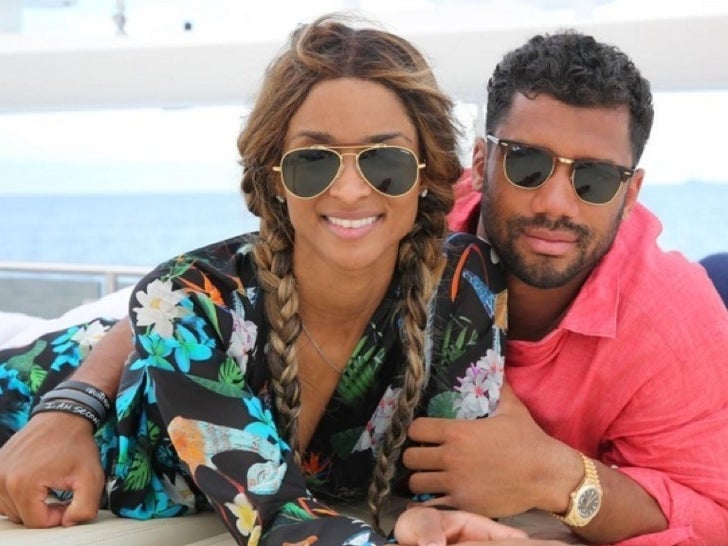 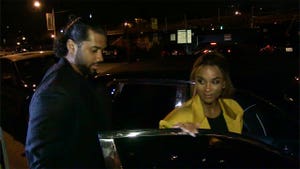 Russell Wilson Rocks Man Bun During Night Out With Ciara 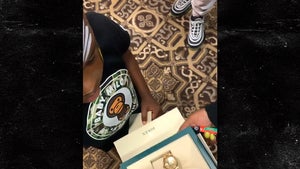