The Korean Baseball Organization just laid the hammer down on ex-MLB player Jung Ho Kang for his multiple DUI arrests ... suspending the infielder Monday for 1 YEAR.

The former Pittsburgh Pirates stud -- who nearly won the NL's Rookie of the Year award in 2015 -- was also ordered to perform 300 hours of community service.

Kang, who's reportedly been arrested for drunk driving three times since 2009, accepted the punishment ... saying in a statement, "I took putting on a uniform and getting on the field for granted."

"And I was a fool not to see how precious that was. I know I don't deserve to be saying this, but I would love one final opportunity to play baseball."

Kang's been busted for drunk driving in August 2009 and May 2011, according to South Korea's Yonhap News Agency, and he was also arrested for DUI in 2016.

In that case, South Korea officials accused the baseball player of crashing his car into a guardrail and then fleeing the scene. Kang later received a suspended jail sentence in 2017.

Kang was unable to obtain a work permit to return to the U.S. to play baseball after the incident -- missing the entire 2017 season -- and even after he finally made his way back to the States in 2018, he only went on to play in 68 total games.

33-year-old Kang is looking to revive his career in the KBO ... which reportedly will begin his 1-year ban as soon as he signs with a team. 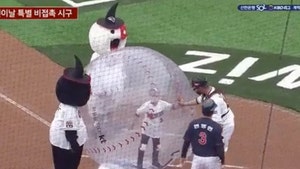