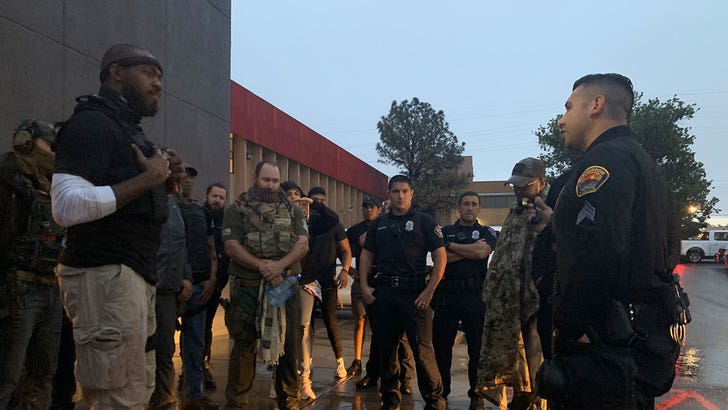 UFC star Jon Jones rounded up a crew and hit the streets Monday night -- swearing once again to protect the City of Albuquerque from violent looters and vandals ... and here's the video.

"I called upon some of the men of Albuquerque, New Mexico and quite a few showed up," Jones said in front of a group of 21 people.

Remember, Jones was out on Sunday night, too -- and forcibly snatched a spray can from a young man during the chaos on the streets. 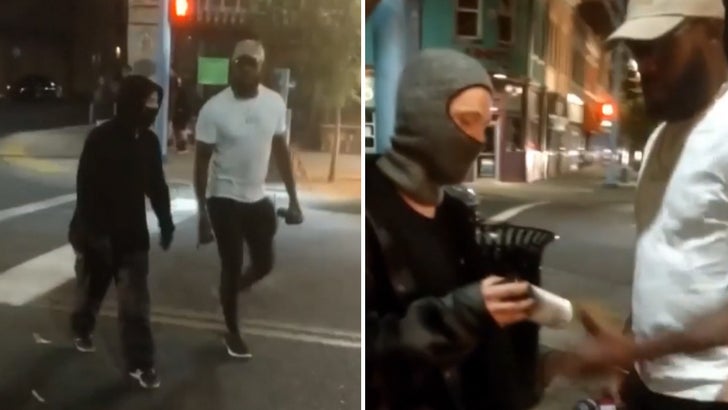 So on Monday, Jones felt compelled to return to action -- and issued this warning to anyone looking to cause trouble in his city.

"Tonight we're gonna try and stop as many of you as we can."

Jones explained, "We come in peace. We're going to use our voices, our numbers and were going to be the difference."

Jones says the night was a success -- they only encountered one group of looters -- and Jon says they worked with police to stop them.

Jones praised the peaceful protesters in the city who weren't causing trouble.

Later in the evening, Jon led a prayer circle with several APD officers -- and it's pretty moving to watch. 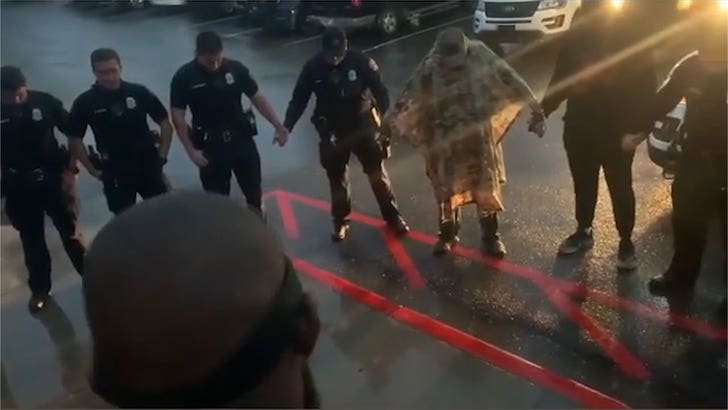 Jon hasn't had the greatest relationship with the police over the years -- but judging from the video, both sides appear willing to put their differences aside to help out. 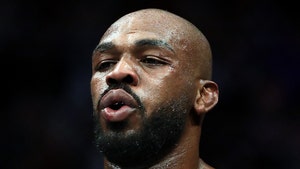 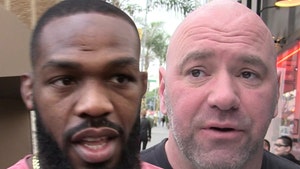 Jon Jones Goes Off on Dana White, Release Me From UFC Contract!