4:08 PM PT -- Later on in the interview, Trump further explained he's still against the anthem protests ... and said he was "very disappointed" in the NFL and U.S. Soccer for allowing peaceful protests.

In other words ... POTUS is still very much against kneeling.

President Donald Trump -- who previously said to fire any "son of a bitch" who knelt for the national anthem -- says Colin Kaepernick should get another shot at an NFL career ... if he deserves it.

POTUS has been adamantly against the national anthem protests since 2016 ... and most recently said he'd stop watching soccer and football if the demonstrations continued.

Trump seems to be softening his stance on Kap -- at least as a quarterback -- saying he should have a second chance in the league if he's talented enough to compete.

"If he deserves it, he should," Trump told ABC7's Scott Thuman. "If he has the playing ability. He started off great and then he didn't end up very great in terms as a player."

"Absolutely I would," support @Kaepernick7 getting a 2nd shot in the @NFL -- @POTUS in my interview today on racism, policing, statues & yes--sports. #ColinKaepernick pic.twitter.com/0B83cNbesW

"He was terrific in his rookie year, I think he was very good in his second year and then something happened."

Trump continued ... "So, his playing wasn't up to snuff. The answer is absolutely I would, as far as kneeling, I would love to see him get another shot. But obviously, he has to be able to play well. If he can't play well, I think it would be very unfair."

What's unclear is if Trump means Kap should stand if he gets "another shot"... but we know for sure he believes a team shouldn't hesitate to sign him if he's good enough.

The comments come on the heels of Ben Carson -- the Housing and Urban Development Secretary -- saying he was going to "work with" POTUS to help him understand the meaning behind kneeling ... so it's a possibility it helped.

Meanwhile, Kap has been training nonstop for the opportunity. Maybe POTUS' comments will help his chances. 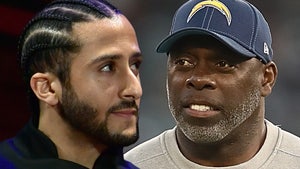 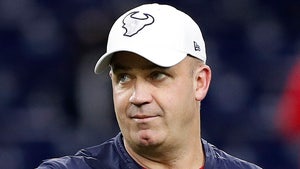