FC Dallas has just been kicked out of the MLS' restart tournament ... citing a major coronavirus outbreak within the organization.

The league is hosting its MLS Is Back tournament at ESPN's Wide World Of Sports Complex in Orlando starting this week ... as a way to pick back up where things left off in March.

But, the bad news for FCD -- the team had 11 cases (10 players and 1 coach) test positive while in Orlando ... forcing the MLS to step in and stop the team from participating.

FCD head coach Luchi Gonzalez addressed the move ... saying, "As we continue to focus on the well-being of our players, coaches and staff who are in isolation in Orlando, we understand it is not in their best interests to compete at this time."

"While we’re disappointed, the health and safety of our traveling delegation as well as our league partners is our highest priority."

So, FCD is out of the restart tourney ... but the team can still re-join the rest of the season once everyone is healthy again. 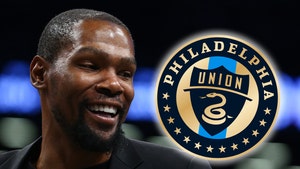