9:03 AM PT -- Brookyln Nets star Spencer Dinwiddie -- who tested positive for COVID-19 2 weeks ago -- has just been informed by team docs he will not be participating in the restart, according to Shams Charania.

The team says the move is "out of an abundance of caution" after testing positive for the virus again on Monday.

Dinwiddie spoke about the decision on Twitter ... saying, "After another positive test yesterday and considering the symptoms, @BrooklynNets, team doctors and I have decided that it would be in the best interest for me and the team that I do not play in Orlando."

"I will be supporting the guys every step of the way!"

Another Washington Wizards player has backed out of the NBA's restart in Orlando ... this time, All-Star guard Bradley Beal has officially opted out of the bubble due to a shoulder injury.

As we previously reported, Wizards breakout star Davis Bertans recently elected to sit out the remainder of the season to focus on free agency ... with an expected big payday on the horizon.

The team will have to move forward without the league's 2nd-leading scorer ... with Washington making the call to pull Beal from the restart later this month.

"This was a difficult decision and one that I did not take lightly as the leader of this team," Beal said in a statement. "I wanted to help my teammates compete for a playoff spot in Orlando, but also understand that this will be best for all of us in the long term."

The Wizards say Beal had been dealing with a nagging right rotator cuff injury all season ... and it only got worse during the hiatus.

Many believe the news puts the final nail in the coffin for Washington's chances at a playoff run. The team is currently 9th in the Eastern Conference -- 5.5 games behind the Orlando Magic -- with 8 games left to jump into postseason contention.

With Beal and Bertans out of the restart, the Wizards' next-leading scorer is 22-year-old Rui Hachimura ... who averages 13.4 points a game.

Beal was originally intending to join the team in Orlando ... but will now stay home to focus on rehab. 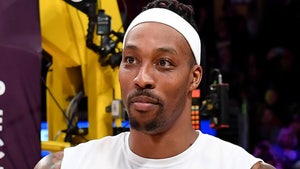 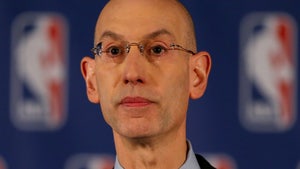