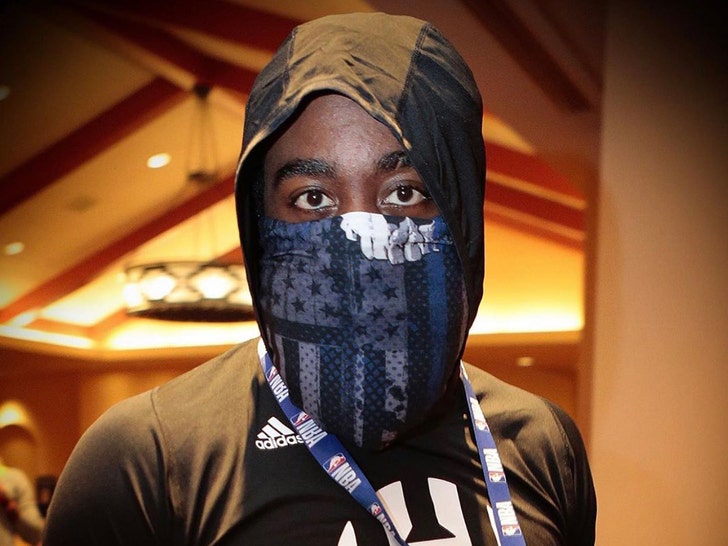 James Harden says he was NOT making a statement with his Blue Lives Matter mask in the NBA bubble this week ... saying he only wore it because it "looked cool" and covered his beard.

"I just felt like it was something that covered my whole face and the beard," the Houston Rockets superstar told reporters. "I thought it looked cool, that was it."

James Harden on mask he wore yesterday: “I wasn’t trying to make a political statement..I wore it b/c it covered my whole face,my beard. .As I clearly talked about yesterday,me finding a way,whether it’s my jersey name or another way,to show my support for the Black Lives Matter” pic.twitter.com/2BMyH51peM

FYI, Harden has been catching a TON of heat over the mask after social media sleuths found out the mask is called the "Blue Line Skull" -- the design appears to be a nod to Blue Lives Matter.

Harden says he was unaware the mask even had an association with police officers ... and added, "Honestly, I wasn't trying to make a political statement."

James says he's struggled to find face coverings during the pandemic ... because most don't fit over his giant, famous beard.

But, the one he wore Thursday in Florida worked perfectly.

"I just wore it because it covered my whole face and my beard," Harden said.

There was tremendous backlash on social media -- even Trey Songz went after James saying the mask was "certified clown sh*t."

For his part, Harden told reporters Thursday night he was in favor of the nationwide protests following George Floyd's tragic death ... saying, "The marching and everything that we’re standing for is very powerful."

James Harden on how Houston handled the protests for the late George Floyd:”The way the city rallied,it was amazing.I think the world saw it. How so many people could come together..Obviously it was for a tragic reason.The marching&everything we’re standing for is very powerful” pic.twitter.com/7NTkL90l2D 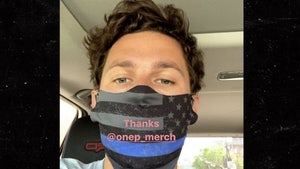 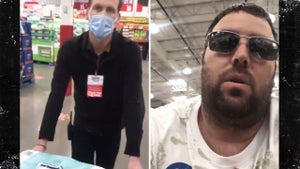