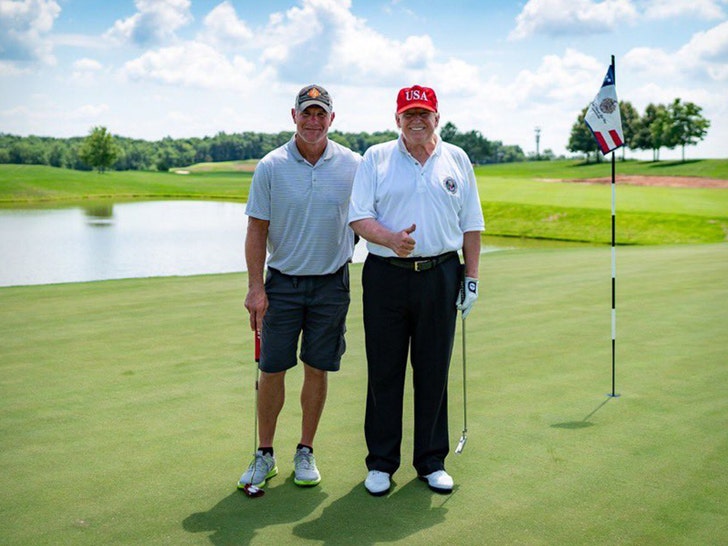 President Trump's latest guest on the golf course is someone many people probably didn't expect to see ... one Brett Favre, who recently voiced admiration for Colin Kaepernick.

The former QB and 45 hit the links Saturday, and even posed for a photo together that the White House later threw up online. They're both in golfing attire, and seem pretty chummy standing next to one another, with DT flashing the thumbs up and Brett with his arm on the Prez's back.

Up until now, we hadn't heard much from BF on his political leanings, especially as it pertains to Trump. Not that golfing with the guy indicates anything either, other than the fact that they're friendly. Still, though it's interesting -- especially when you bring Kap into the equation. 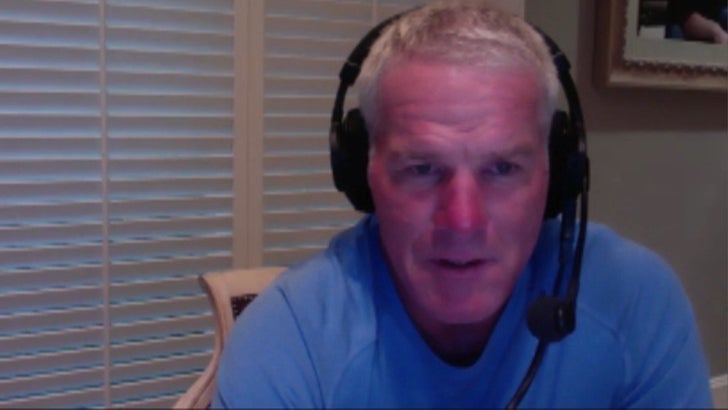 Remember, Brett told TMZ Sports that he considered Kaepernick in the same vein as Pat Tillman -- the former NFL player who enlisted in the armed services back in the 2000s, and then later died while at war ... a hero, in other words. Brett seemed to compare Kap to Pat.

He later clarified his comments, saying they weren't completely alike -- obviously, Pat made the ultimate sacrifice with his life -- but he noted they both sidelined their football careers for a cause bigger than themselves. Still, the sentiment was more or less the same.

Including Pat Tillman’s name in the interview on Colin Kaepernick was not a comparison of the two, but a recognition that they both sidelined their football dreams in pursuit of a cause. Pat tragically lost his life, making the ultimate sacrifice, and deserves the highest honor.

With that in mind, you gotta wonder if CK was brought up during this outing. Of course, Trump has vocally criticized Kaepernick in the past, as well as any other players who take a knee during the National Anthem -- but he hasn't been so down on the guy these days.

In fact, Trump said Kap should probably get a second chance in the league ... if he deserves it. If that's where he is now on the issue -- maybe the topic wasn't as polarizing as you might think. 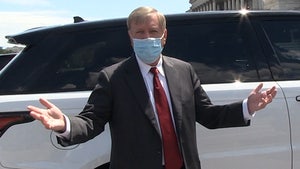 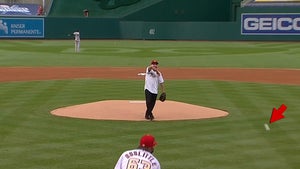