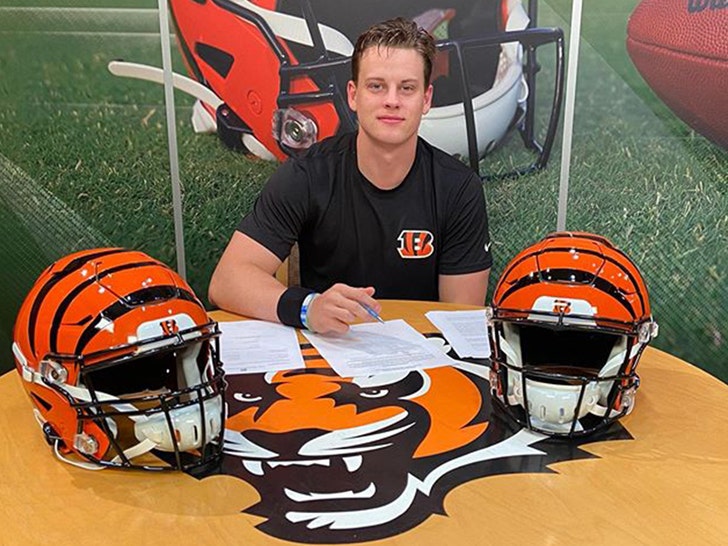 "I signed a paper today."

Understatement of the century from Joe Burrow -- who just officially signed his huge $36 MILLION rookie contract with the Bengals!

You excited yet, Cincy?!

Burrow was the #1 overall pick in the 2020 NFL Draft back in April -- but it took a while for the 2 sides to hammer out the contract details.

The good news ... the Bengals say the deal is done -- which means the 23-year-old LSU hero is less than 15 days away from getting that $23.9 million signing bonus!

Moments after the signing, the team released a video showing Burrow walking through the team facility -- noting the QB is already "ready to work!"

(Side note -- someone get that dude a mask already!!!)

Wasting no time! @JoeyB is ready to work. 💼 pic.twitter.com/a2chpP0SqB

Burrow is expected to take over the starting QB role for Cincy, which just parted ways with longtime QB Andy Dalton.

Brett Favre said Burrow's 2019 college football campaign was one of the best seasons he's ever seen -- with Burrow completing 76.3% of his passes for 5,671 yards and scoring 65 total (rushing and passing) TDs.

Cincy fans are praying his skills translate to the NFL immediately -- but ey, no pressure, right?!