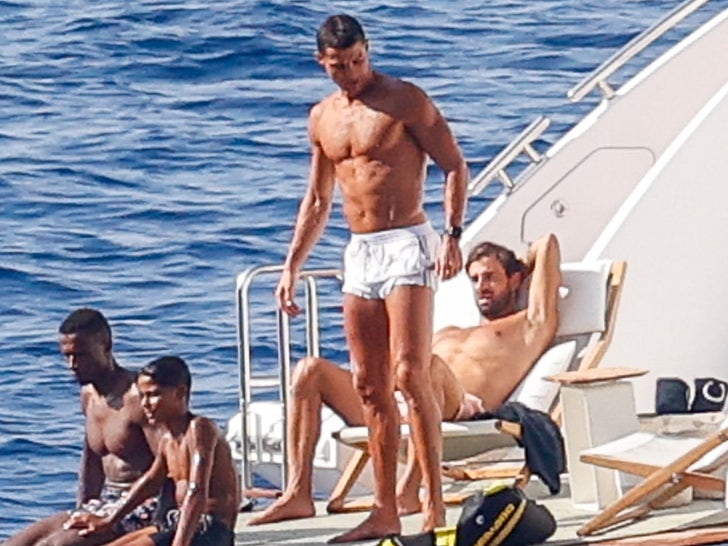 Wanna get on Cristiano Ronaldo's yacht? It'll cost you a 6-pack ...

The international soccer superstar brought some pals on his super expensive boat off the coast of Mallorca, Spain ... and even his friends are ripped.

Unclear if these guys are just musclebound norms or other soccer pros ... but whoever they are, it looks like they haven't had a carb in decades. 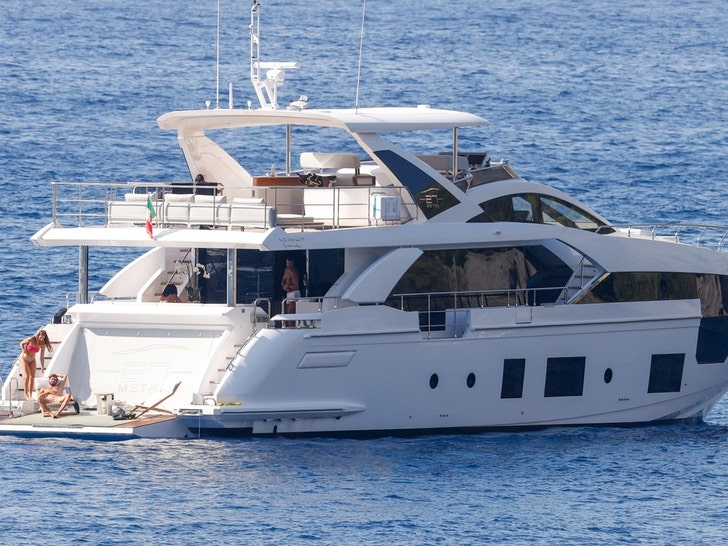 Ronaldo's been living it up over the past few weeks -- sailing around some of the most exclusive parts of the coast with his girlfriend, Georgina Rodriguez, and their kids ... flexing his abs every time someone pulls out a camera.

Ronaldo reportedly spent around $7 mil on the yacht -- which is nothing for him ... he's reportedly worth hundreds of millions of dollars from soccer contracts and endorsement deals.

According to Forbes, he made over $105 million over the past year from contract money and sponsors ... the 2nd highest-paid athlete on the planet.

The only athlete who made more money? Roger Federer, who raked in $106.3 mil.

But, Federer ain't got nothin' on CR7's physique. Good lord. 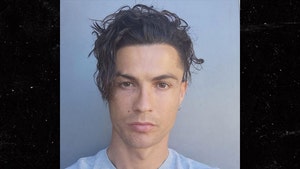 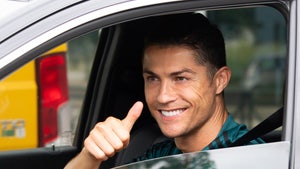