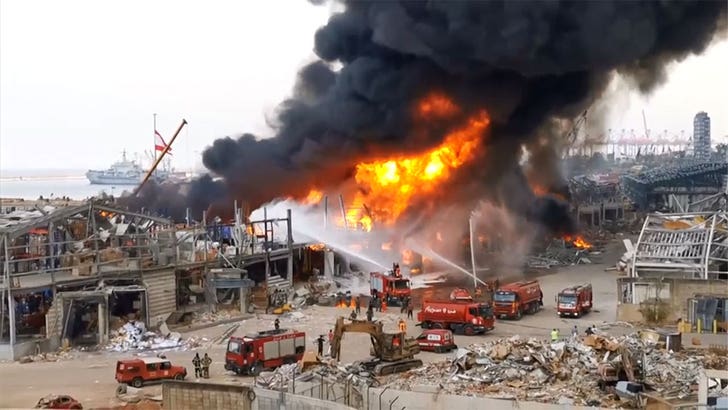 No one in Beirut is taking a chance this time -- a massive fire is burning again in the city's port, immediately triggering large-scale evacuations ... coming just 5 weeks after that deadly explosion rocked the city.

Fire breaks out at #Beirut Port.pic.twitter.com/rEnwhZXhfF

The Lebanese army reportedly ordered the area evacuated Thursday and major roads leading to the port have been shut down after a huge fire engulfed what officials believe to be a tire warehouse. Although authorities said this blaze would NOT trigger another explosion, people aren't buying it, and video shows hundreds running like hell to get out of the area.

A reporter tweeted a video showing thick, black smoke filling the air and said, "Some of these buildings still don't have windows after the #BeirutBlast a month ago and now they are being engulfed by (likely poisonous) black smoke."

Just over a month ago, in this very same area of the port, 2,750 tons of ammonium nitrate had been sitting unsecured for 6 years in a warehouse and exploded. The blast obliterated Beirut and killed more than 190 people and injured nearly 7,000 others.

The images that came following the deadly blast were horrific ... including video of a bride taking wedding pics and video moments before the blast. 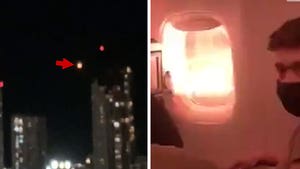