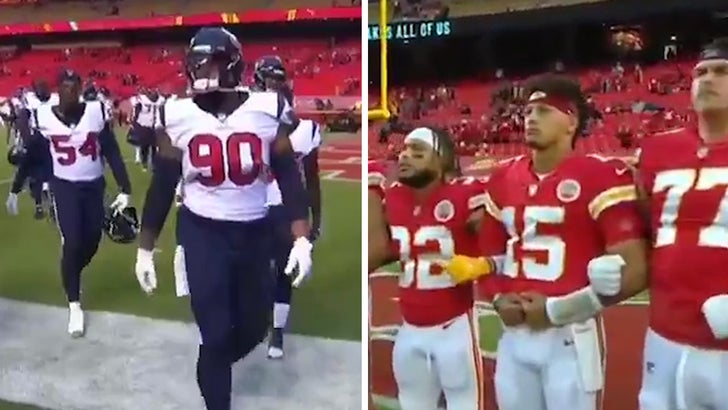 5:25 PM PT -- Two very different approaches to the national anthem to start the NFL season -- the Houston Texans left the field while the KC Chiefs linked arms on the goal line.

It all went down Thursday evening before the NFL's highly publicized season opener at Arrowhead Stadium in KC.

The entire Houston Texans team -- which had been warming up on the field -- walked back into the team locker room for both the Star-Spangled Banner and "Lift Ev'ry Voice and Sing," commonly known as the Black national anthem.

NBC reports that Houston didn't want to make it seem like they were favoring one song over the other, so they stayed in the locker room for both.

As for the Chiefs, some players and staffers took a knee. Others did not.

Singers Chloe x Halle performed the rendition of the national anthem ... both honoring George Floyd and Breonna Taylor on their shirts.

The Kansas City Chiefs have painted social justice messages in both end zones at Arrowhead Stadium ... as the team gets ready to kick off the 2020 season.

The phrases -- "End Racism" and "It Takes All Of Us" -- will be displayed throughout end zones across the league this season ... and were revealed prior to the Chief's season opener against the Houston Texans.

It's all part of the NFL's social justice push that came after several players banded together to demand more action from the league. 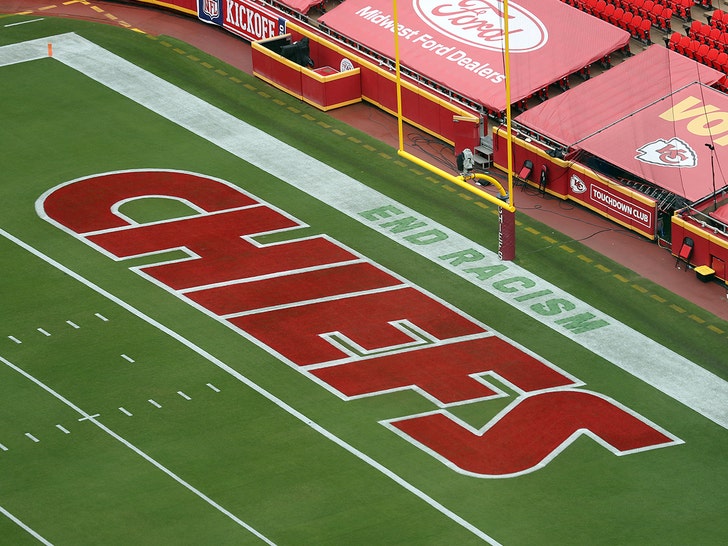 Patrick Mahomes, Saquon Barkley, Odell Beckham and more called on the NFL to do more for victims of police brutality and social injustice in a powerful video back in June.

There are reports players form both the Chiefs and Texans will participate in a demonstration or decide to stay in the locker rooms during the national anthem before Thursday's game.

The Miami Dolphins have already made their decision -- saying they will stay inside for both the national anthem and the Black national anthem this season in a powerful video.

"This attempt to unify only creates more divide," the players said. "So we will skip the song and dance, and as a team we'll stay inside."

BREAKING NEWS: The@MiamiDolphins players will stay inside for both national anthems. They express their discontentment with what they call “fluff and empty gestures” by the @NFL pic.twitter.com/ghUktHhPt9 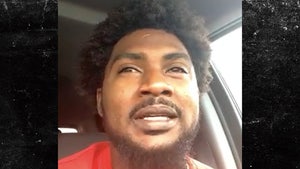