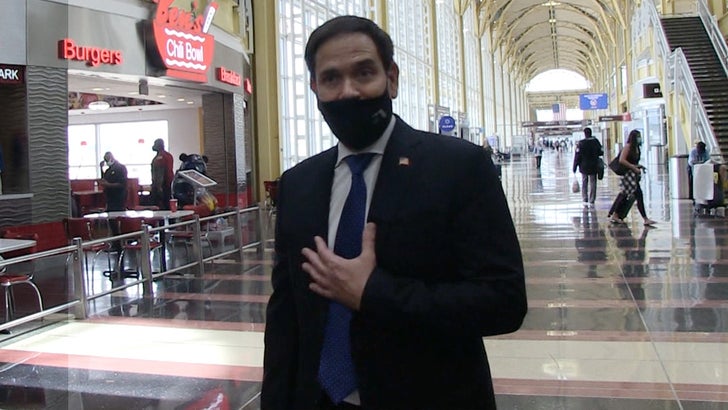 Sen. Marco Rubio will NOT follow in the footsteps of Donald Trump's son and boycott the NFL over anthem demonstrations ... telling TMZ Sports players have every right to protest.

"Look, I think players are Americans," Rubio said. "They have free speech rights to say whatever they want."

The Dallas Cowboys -- who have famously NEVER had a player kneel for the anthem -- now have players considering taking a knee for the pregame song during their season-opener on Sunday ... and that really angered Eric Trump this week.

In a tweet, Eric wrote, "football is officially dead" now that America's Team might be participating in the protests.

But, when we got Rubio at Reagan Airport in D.C. this week ... he told us the demonstrations -- which included the Houston Texans not even showing up for the anthem on Thursday -- won't impact his viewing experiences.

"They're Americans," Rubio said of NFL players. "People have a right to express their views whether you agree with them halfway, all the way or none of the way."

"It's the left, frankly, who has been trying to silence people whose views they don't agree with and I hope the right doesn't fall into that."

As for Rubio's Dolphins ... Marco ain't so sure yet how Year 2 is going to go under Brian Flores -- but he sure seemed excited as hell to find out!! 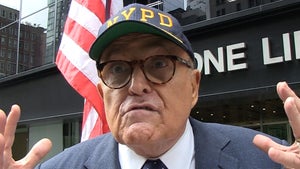