Khabib Nurmagomedov wants NOTHING to do with Conor McGregor -- turning down a rematch AND a chance to coach against the Irishman on an upcoming season of "The Ultimate Fighter."

It's all according to Khabib's manager, Ali Abdelaziz, who tells TMZ Sports his client thinks Conor is nothing more than "human trash" and never wants to work with him in any capacity ever again. 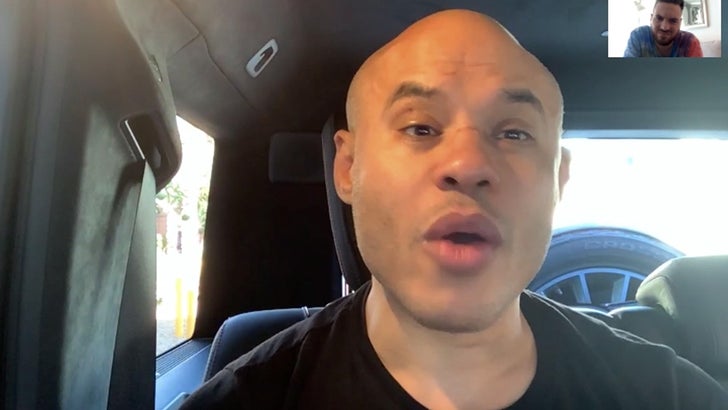 Here's the deal ... Khabib is set to fight Justin Gaethje for the lightweight championship on Oct. 24 at UFC 254.

Ali -- who reps both Khabib and Justin -- says Dana White called him up recently to discuss post-fight plans, including the next season of the reality-style competition show, "The Ultimate Fighter."

"Last week, Dana White called me, said Ali what do you think about if Khabib wins, him and Conor will do the 'Ultimate Fighter' on ESPN?"

Ali says the plan would be for Khabib and Conor to coach separate teams of aspiring MMA fighters on the show, which would ultimately lead up to a Khabib vs. Conor rematch in the Octagon.

But, Ali says Khabib wouldn't even consider the idea ...

"When you touch sh*t, you smell like sh*t. [Conor] hasn’t earned the fight."

Ali says Dana made the same 'Ultimate Fighter' offer to Justin Gaethje if he beats Khabib.

Ali says Justin had been gunning for a fight with Conor for YEARS -- but Conor repeatedly turned him down.

By the time Conor finally called for Gaethje, Ali says Justin was already prepping for a fight with Tony Ferguson in May in hopes of earning a title shot with Khabib.

Justin won that fight and got his wish. Ali essentially says Conor missed his window.

Meanwhile, Conor "retired" from MMA back in June -- though nobody really believes the 32-year-old is done.

In fact, Conor has claimed to be putting together a boxing match with Manny Pacquiao in Saudi Arabia in Winter 2020 -- AND he's talking with Dustin Poirier about an exhibition match in Ireland in December.

Since Conor is still under contract with UFC, it seems he would need the organization's blessing to participate in either event ... and from what we're being told, Conor shouldn't hold his breath.

Also, Ali tells us he's been talking with high-powered friends in Saudi Arabia who say Conor would NEVER get the green light to fight there because of the things he's said about Muslims in the past.

Ali even tweeted to Conor calling BS -- saying, "Who the hell advising you you saying you fighting in Saudi Arabia and promoting your proper 12 trash drink Saudi Arabia is a Muslim country they don’t allow alcohol dumb ass."

Bottom line ... Conor is all over the place with his career. It's unclear exactly what he wants and why he's so out of step with Dana White and the UFC.

But, if he truly wants to fight again, he needs to do two things -- stay out of trouble and get on the same page with Dana and the UFC, ASAP. 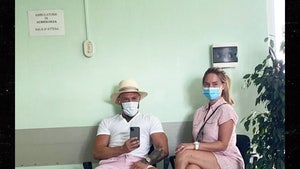 Conor McGregor and Fiancee, Do We Look Worried?!