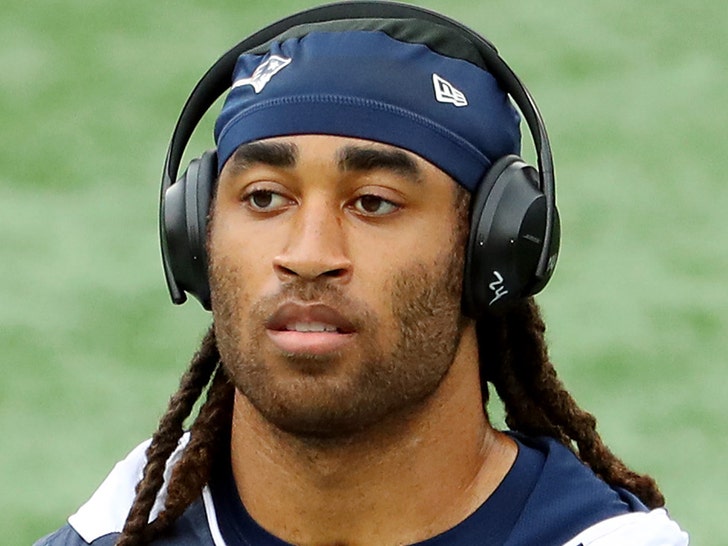 This is bad. Really bad.

Another New England Patriots start has tested positive for COVID-19 -- Stephon Gilmore ... and now there are serious concerns about a major NFL outbreak.

Gilmore is one of the top players on the Pats -- a 3-time Pro Bowl cornerback who was a part of the Patriots 2018 Super Bowl team.

He's also the 3rd Patriots player to test positive over the past week -- following QB Cam Newton and practice squad defensive end Bill Murray. Newton had tested positive on Saturday, which led to the NFL moving the Pats vs. Chiefs game from Sunday to Monday.

The big concern, obviously, is that Gilmore played during Monday's game against the Kansas City Chiefs and was seen shaking hands with Chiefs QB Patrick Mahomes after the game.

Did Gilmore have COVID at the time even though he tested negative? It's possible. And, now everyone is concerned.

The Patriots have canceled their Wednesday practice while they try to figure things out. They're supposed to play the Denver Broncos on Sunday but now that game is clearly in jeopardy.

More bad news ... another Tennessee Titans player ALSO tested positive for COVID -- which means the team can't open their practice facility on Wednesday, as they were hoping to do.

It also puts their scheduled Sunday matchup with the Buffalo Bills in jeopardy.

EVEN MORE BAD NEWS ... a player on the Las Vegas Raiders has also tested positive. The Raiders are supposed to play the Chiefs on Sunday.

Remember, the NFL is NOT in a bubble environment -- though players and staffers are tested daily.

But, right now, there is serious concern about how the league can move forward if so many players continue to test positive.