Patrick Mahomes is officially going to be part of the #GIRLDAD gang ... the NFL superstar and his fiancee just announced the couple's expecting a baby girl!

... and, the gender reveal party the two threw looked AWESOME!!!

Mahomes and Brittany Matthews posted the video announcement Wednesday ... showing they used their adorable dogs to make the big reveal.

There were also balloons, custom shirts and jackets, confetti ... and a whole lot of smiling!!!

"P.s-," Brittany captioned the video Wednesday, "Yes, my dogs walked down a run way with pink paws for the reveal 🤩😍."

Britt and Patrick have been dating for YEARS ... and initially announced they were pregnant last month. The two got engaged at the Chiefs' Super Bowl ring ceremony just a few weeks prior. 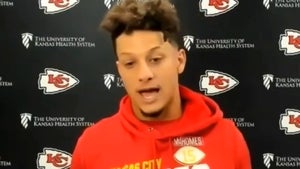 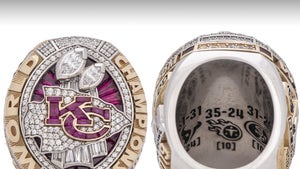