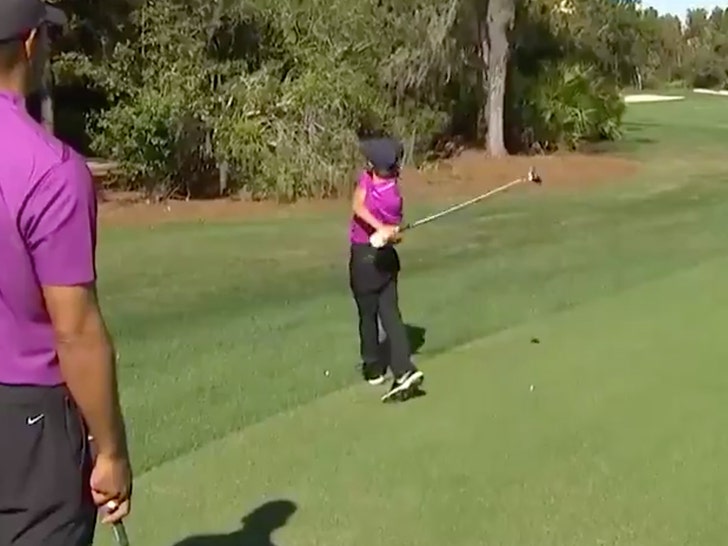 Tiger Woods' son, Charlie, truly is a chip off the old block ... 'cause the kid golfs just like his dad -- and by that, we mean he's leaving crowds absolutely stunned by his skill.

Tiger and Charlie are participating in the PNC Championship this weekend down at the Ritz-Carlton Golf Club in Orlando -- where pro golfers are teaming up with their kids for a showdown to see which father-son duo (or another familial duo) is actually the best.

While TW and CW are in 4th place as of right now ... you gotta like their chances after this amazing shot Charlie took on the 3rd hole Saturday, which landed his ball in an incredible position on the green and just a stroke away from sinking an eagle -- which he did.

Like father, like son is the appropriate analogy -- but Charlie might be even more impressive than dad ... 'cause the boy's only 11. Tiger was a child golf prodigy too, but didn't play in his first professional tourney until he was 16. So, Charlie's chugging along nicely.

As we said, Tiger and Charlie are by far the odds on favorites to win it all -- but they're actually trailing behind Matt Kuchar and his son, Cameron, at the moment ... plus a few more. They've got time to catch up and surpass 'em, but it's moments like this that people come to see ... and, boy, are the Woods giving people a show (per usual).

This is going to be good. 🍿

Other teams include Justin Thomas (and his dad, Mike), Bernhard Langer (and his son, Jason), Bubba Watson (and his father-in-law, Wayne), Matt Kuchar (and his son, Cameron) ... and a whole lot more. The tournament wraps up Sunday -- so, stay tuned 👀 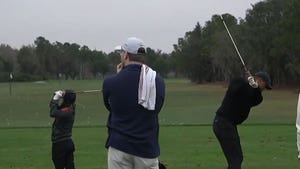 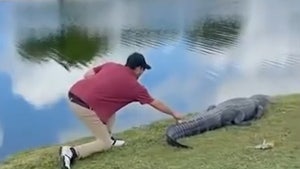