Kyrie Irving has been hit with yet another fine this season ... this time, the Brooklyn Nets superstar will have to cough up $50,000 for violating the league's health and safety protocols.

As we previously reported, the NBA was investigating video of a maskless Irving attending a private birthday party for his sister earlier this week, which is against the league's COVID-19 policy.

Videos have surfaced of Kyrie Irving at a large birthday gathering alongside his sister, Asia.

Given the size of the gathering & now public nature of it, Kyrie might now have to undergo a quarantine period before returning. https://t.co/McrYtFH9XK pic.twitter.com/U4T1KAvMTl

The Association handed down its punishment Friday ... and while KI was hit with the $50k fine, he will also forfeit game checks for the 2 games he missed following the party, which amounts to $816,898, according to insider Bobby Marks.

It's not the first time Irving has had to pull out his wallet this season ... he was fined $25k for refusing to speak to the media.

The latest development adds to the drama-filled season for Irving -- who went MIA on the Nets last week for "personal reasons."

Irving will be able to return to the team as early as Saturday -- as long as he continues to test negative for COVID -- but whether he actually shows up is a different issue. 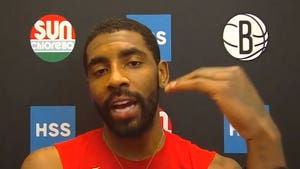 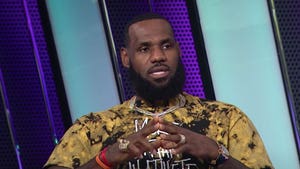