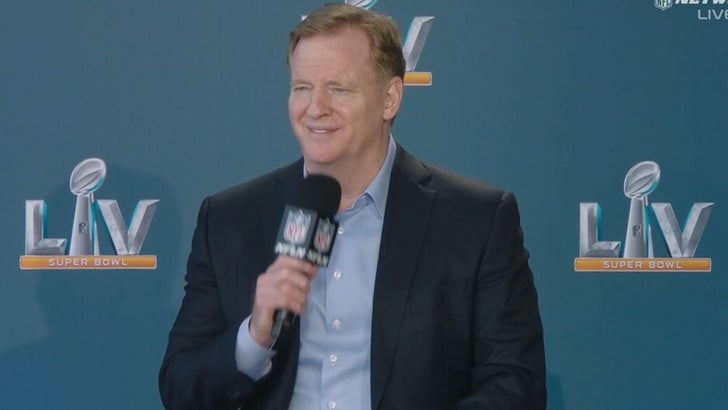 No hard feelings between Roger Goodell and Tom Brady after that whole Deflategate thing ... seems the two are on solid terms these days, according to the Commish.

In fact, Goodell praised his old nemesis as "probably the greatest player to ever play this game" ... and noted he's an even better guy off the field.

"He's an exceptional talent and more importantly one of the great guys," Goodell said Thursday at a Super Bowl 55 media event.

Remember, Goodell hit Brady with a 4 game suspension for his role in deflating footballs before the 2014 AFC Championship game between the New England Patriots and the Indianapolis Colts.

Brady had adamantly denied wrongdoing -- and basically declared war on Goodell and the NFL, appealing the suspension and fighting the punishment all the way to U.S. federal court.

Ultimately, Brady waved the white flag in 2016 after a U.S. Court of Appeals sided with the NFL -- which led to the QB announcing that he would accept the suspension and sit out the first 4 games of the 2016 season.

The Patriots -- led by a pissed off Tom Brady -- won the Super Bowl that year ... and Goodell had to give Brady the MVP trophy.

So, how are things between the two now? Roger insists it's all water under the bridge.

"Tom Brady has shown that he's probably the greatest player to ever play this game. His leadership, his ability to rise to the big occasion and make everybody rise around him. That's what's absolutely incredible to me, everyone just plays better when they're with him."

Goodell continued, "I've known him for probably 15 years and he's an extraordinary guy. He's real, he cares about this game deeply, he cares about people involved with the game."

"So, for me I wish him well. I think he's gonna continue to be a great performer. I'm glad to hear he's going to play a few more years."

Wonder if the feeling is mutual?? 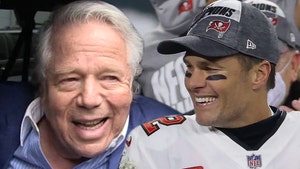 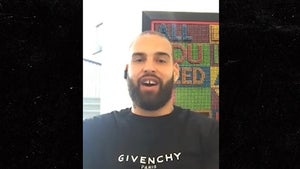