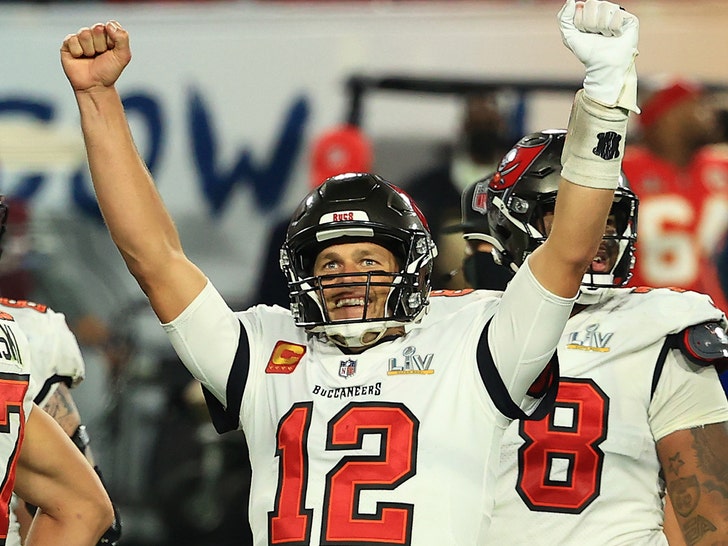 NEVER BET AGAINST TOM BRADY. IN A SUPER BOWL. EVER.

The 43-year-old QB just led his Tampa Bay Buccaneers in a dominant victory over Patrick Mahomes and the Kansas City Chiefs on Sunday -- final score, 31 to 9. 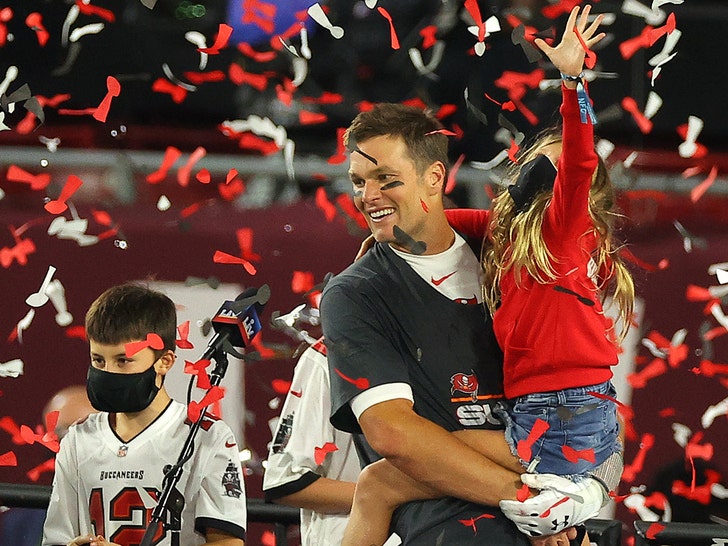 Brady was unreal -- actually, that's not true. He was exactly as real as he's been in just about EVERY one of the 10 Super Bowl he's appeared in ... poised, smart and deadly.

Not only did TB12 pick apart KC's insane talented secondary ... he TALKED TRASH in the process -- getting in Tyrann Mathieu's face after a 2nd quarter touchdown.

Things were chippy between the two all night ... but Brady clearly got the better of the match up, tossing a total of 3 TDs and he was never really in danger.

And, when he wasn't putting up points, Gronk was a FORCE as a blocker. 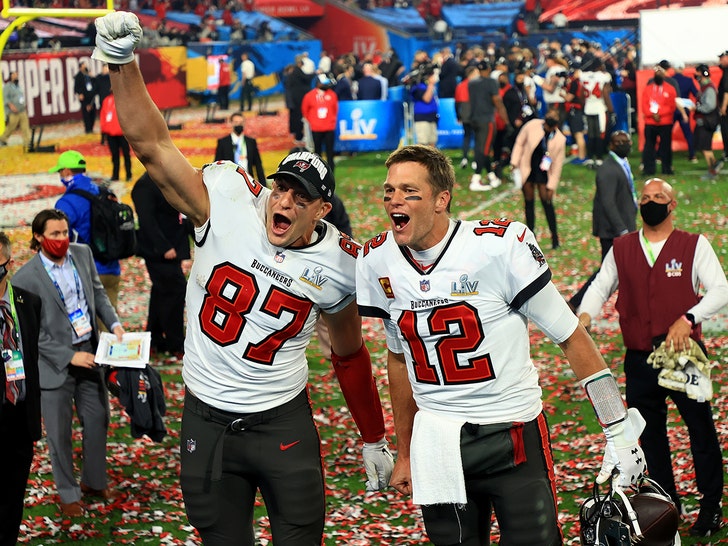 The victory means Tom will now add a 7TH Super Bowl ring to his collection ... more than any other player in NFL history.

Gronk will get his 4th ring -- which ties him for 3rd on the all-time list of Super Bowl victories ... joining legends like Joe Montana, Ronnie Lott and Terry Bradshaw.

And, what's great for Bucs fans ... both Tom and Gronk have said they plan on coming back to play in Tampa Bay again next season.

Hell, Tom says he wants to stay in the league past the age of 45!!

And, if he keeps playing at this level ... he might never retire! 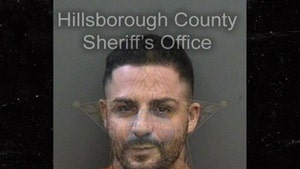 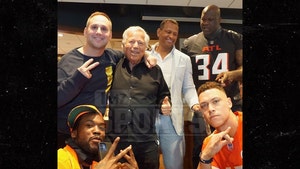