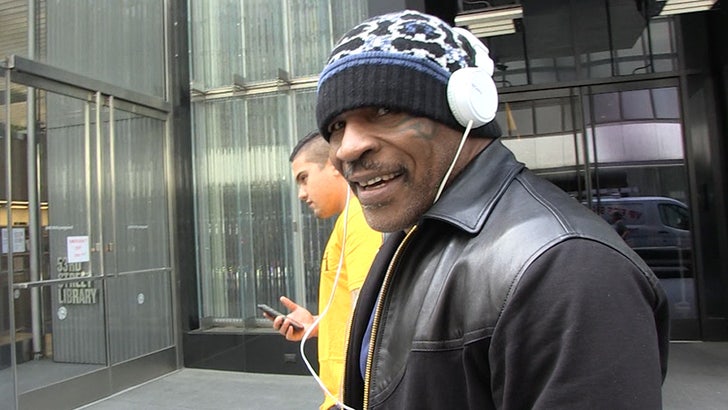 TMZ Sports: "Do you think Jake Paul can win?"

Mike Tyson: "No. He's gonna get beat up pretty bad."

There it is ... Mike Tyson keeping it all the way real when asked how Jake Paul would fare against Floyd Mayweather if they ever step in the ring.

Don't get it twisted, Mike is NOT a hater -- he loves both Jake and Logan Paul ... but he's also a walking boxing encyclopedia who knows more about the sport than almost anyone else on the planet.

So, with Logan slated to fight Floyd on June 6 and Jake also gunning for a shot at Mayweather, we asked Mike if either guy had a snowball's chance in hell.

Look, our photog was extremely excited to talk with Mike and fudged the names ... but you get the gist of what he's trying to say.

Bottom line ... Mike ain't even offering up the "puncher's chance" argument for either Paul -- which basically states that anyone with knockout power has a chance of winning a fight, even if they're out-skilled.

We also asked Mike if he'd be interested in a fight with a Paul Brother after his upcoming tilt with Lennox Lewis ... but that's a hard "no" for Iron Mike.