9:50 AM PT -- More details are coming in about Paul's status ... with Arizona Sports reporter John Gambadoro claiming the guard did, in fact, test positive for COVID-19.

What makes the situation a true case of bad luck -- Paul WAS vaccinated, according to ESPN's Jalen Rose ... which makes it rare, but not impossible, to come down with the virus.

The fact Paul is vaccinated is good news for getting back on the court ... he could return sooner than the 10-14 day window once he starts testing negative.

Potentially devastating news for the Phoenix Suns -- superstar point guard Chris Paul has been sidelined for an indefinite period of time ... as part of the NBA's COVID-19 health and safety protocols.

In other words, CP3's status for the start of the Western Conference Finals is reportedly "up in the air" ... depending on when the Clippers/Jazz series ends, according to Shams Charania.

Paul has been the backbone for the red-hot Suns -- averaging 15.7 points, 4.1 rebounds and 8.7 assists through 10 games this postseason.

Phoenix has been on a tear in the playoffs ... eliminating LeBron James and the Los Angeles Lakers in the first round and sweeping the Denver Nuggets in the semifinals.

The Jazz vs. Clippers series is currently tied at 2 games apiece ... and if either team wins in 6, it sounds like Paul will not be ready to go.

The report adds if the series goes 7 games, the WCF will start after Sunday.

Shams also points out the isolation period may be shorter for vaccinated players -- depending on the medical circumstance -- but those details have not been revealed at this time. 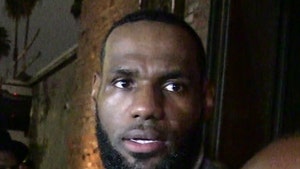 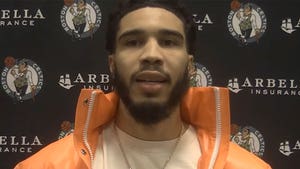