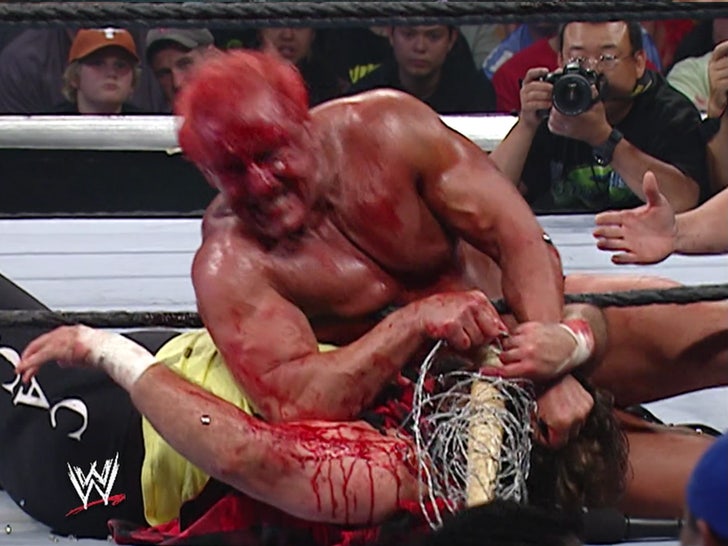 Ric Flair's barbed wire bat -- the one he used to smash and bloody Mick Foley's face at SummerSlam in 2006 -- just sold for nearly $20K at auction.

TMZ Sports has learned the Lucille-like bat, which was on the block at Goldin Auctions, was bid on 17 times ... and ultimately raked in $19,680.

The match is pretty iconic ... Flair repeatedly hit Foley in the face with the bat, turning him into a bloody pulp. But, Ric wouldn't stop, demanding Mick say, "I quit!"

It was the culmination of a rivalry between Naitch and Foley that lasted more than a decade.

As for the bat itself ... it's an Alex Rodriguez model Louisville Slugger C271 -- wrapped in barbed wire. 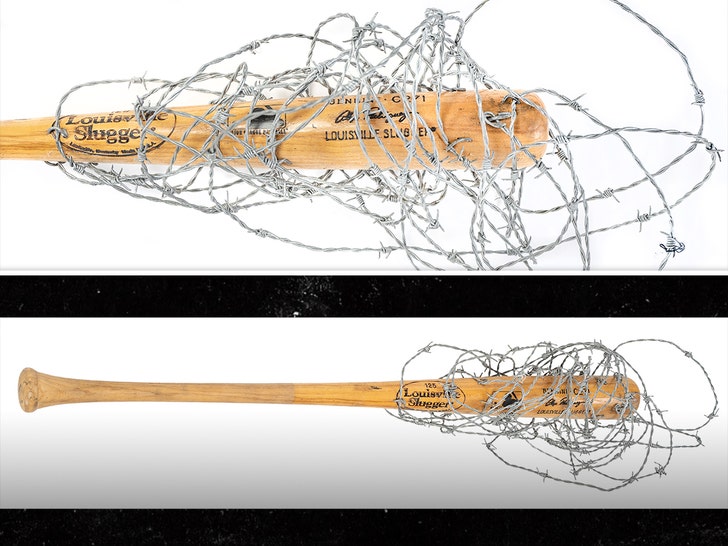 And, you know the bat's legit ... 'cause it's coming directly from the folks at WWE -- who have also included a letter of authenticity.

There's more really cool wrestling memorabilia that sold ... like Big Boss Man's match-used nightstick from SummerSlam in 1988. It sold for $6,765. 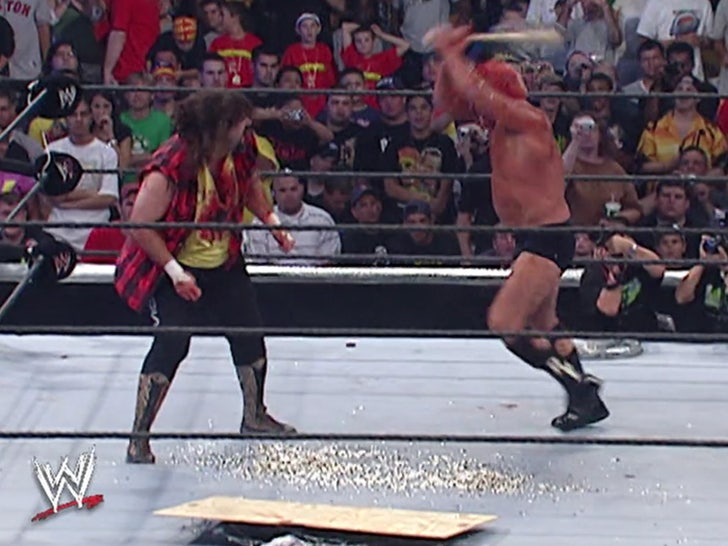 There's also Brutus Beefcake's shears from his '89 SummerSlam match ... when he teamed up with Hulk Hogan and took on Randy Savage. The scissors went for $8,400. 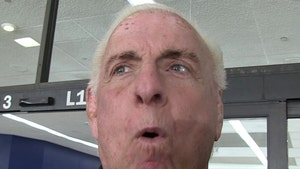