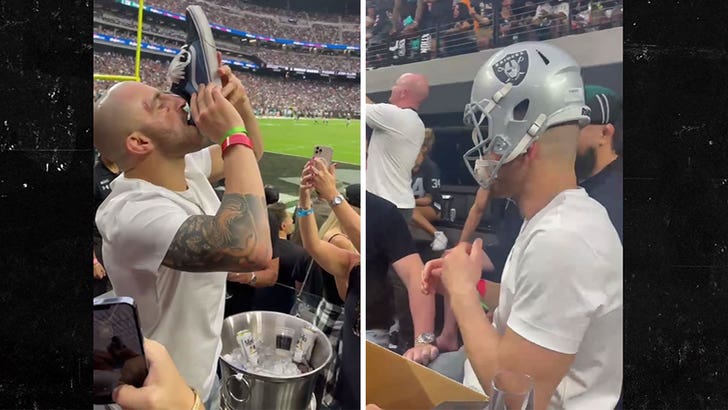 Forget a bottle, get Alex Volkanovski a shoe ... 'cause that's what the UFC star was chuggin' champagne out of at the Raiders game, celebrating his win over Brian Ortega.

And, we got it all on video!

The 32-year-old Aussie fighter hit up the Dolphins vs. Raiders game on Sunday -- after his crazy unanimous decision victory the night before at UFC 266 -- and the football game was LIT!

Check out this clip ... you can clearly see AV enjoyin' himself in Allegiant Stadium's "Wynn Field Club," watching the game with his UFC belt and a crowd of people.

That's when Alex really starts to party -- in the most Australian way -- by chuggin' some bubbly outta somebody's shoe!

And, get this, it wasn't Volkanovski's sneaker ... it was some dude's navy Vans.

One drink wasn't enough ... the champ yelled 'give me some more!' -- and promptly got a shoe refill.

FYI, there's a name for this sorta thing -- a "shoey" -- a popular way to drink beer in the Land Down Under. Alex subbed champagne for beer ... he was celebrating, after all. 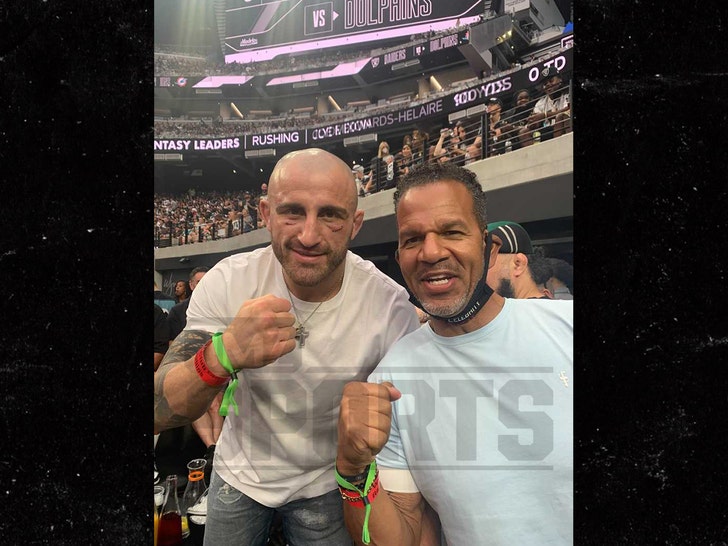 Of course, Volkanovski wasn't the only one in Vegas who got a W -- the Raiders secured an overtime victory, and are 3-0. 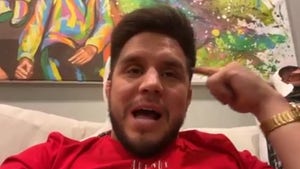 Henry Cejudo Calls Out Alex 'The Average', I'll KO You Inside 3 Rds! 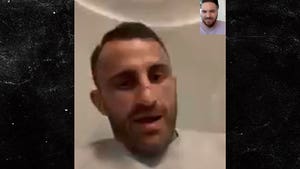