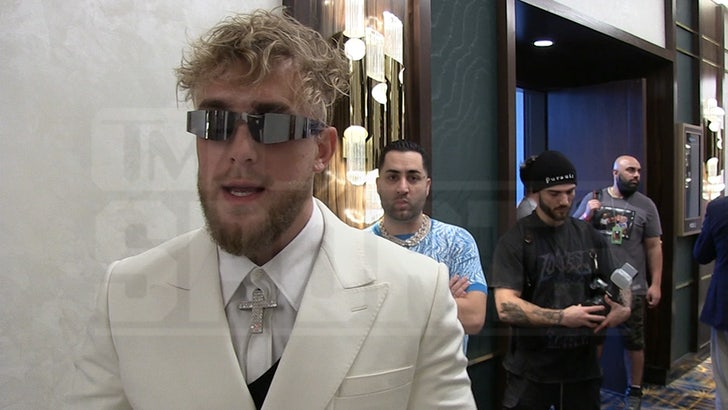 Sorry, Tyron Woodley -- that "I love Jake Paul" tattoo was all for naught ... 'cause Jake Paul tells TMZ Sports he's officially slamming the door on giving the former UFC champ a rematch.

Of course, Woodley held up his end of a tattoo bet he made with Paul after losing the Aug. 29 bout ... getting the phrase etched on the side of his middle finger nearly a month later, but clearly, Jake thought he was too slow to getting it done.

Paul -- who's fighting Tommy Fury on Dec. 18 -- says there's no need for Woodley to wait around in hopes of getting another shot at the YouTube superstar after he's done with TNT ... and has a pretty good reason why.

"I don't think people really wanna see Tyron vs Jake Paul again," Jake tells us. "He had his chance."

As for his upcoming fight, Paul admits the 7-0 brother of Tyson Fury is his toughest opponent to date ... but he's expecting the same outcome from his first 4 fights. 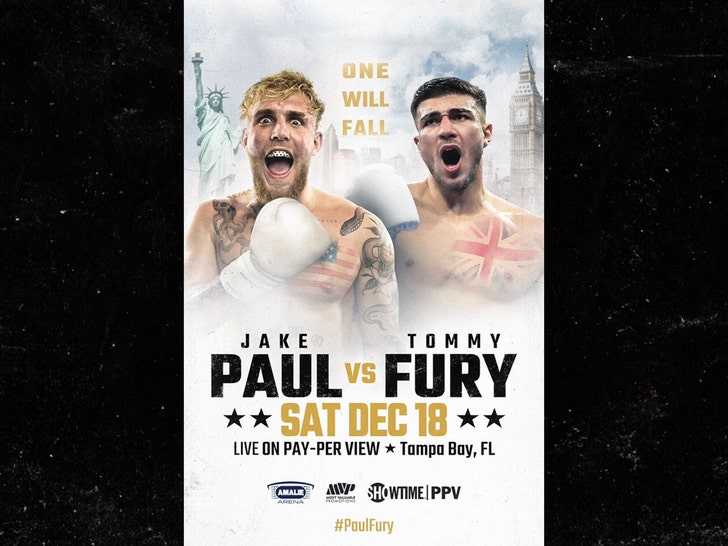 "Definitely the toughest guy, but I'm coming for his head," Jake added. "He has a lot a lot to deal with and he chose the wrong time to fight me because I'm not playing around this time."

There's more -- Jake says Tyson getting involved and helping Tommy prepare actually helps the fight for promotional purposes ... and dishes on whether he still wants to fight Nate Diaz. 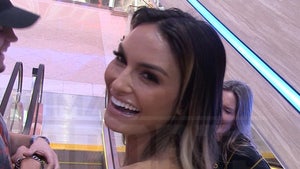 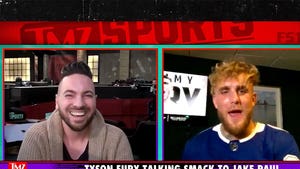