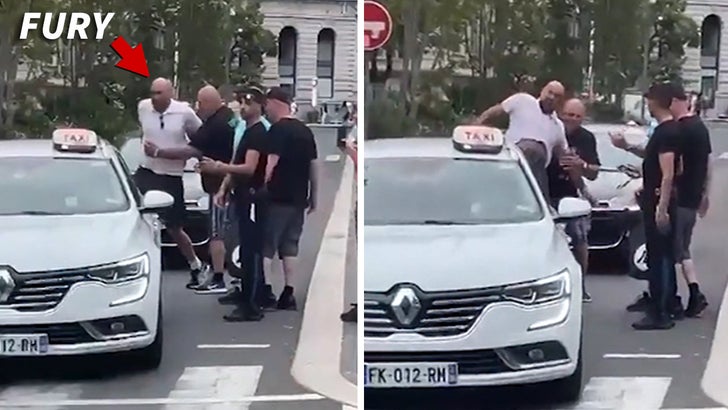 Newly retired Tyson Fury might be done throwing his hands ... but he's clearly not opposed to still using his feet -- 'cause the star boxer attempted to kick a cabbie's car after an apparent altercation with the driver in France.

The incident went down sometime Wednesday ... when Fury seemed to be roaming the streets of Cannes after having just a little too much to drink.

In video shot by a bystander, Fury -- wearing a white shirt and dark-colored shorts -- can be seen needing some assistance as he stumbled to a cab in the middle of the road.

But, even though Tyson and his entourage were attempting to get a lift from the cabbie, it seemed the driver wanted no part of it -- because the guy was continuously waving them off.

Eventually, the driver pulled away from the pugilist and his buddies -- and that's when the 33-year-old fight attempted to stick his boot into the car's bumper.

You can see in the video, Fury appeared to just barely miss. Fury's friend, meanwhile, also seemed to throw a kick at the ride too.

Thankfully, it doesn't seem the altercation escalated any further -- and Fury appeared to joke about his level of intoxication in an IG post on Thursday morning. 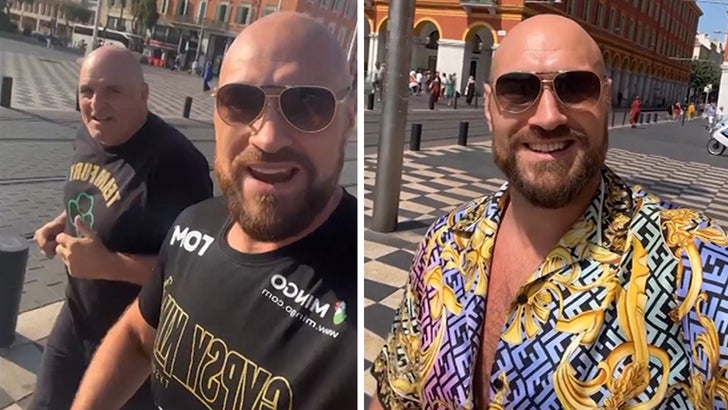 "Strong beer!" Fury said while on a run with his father.

Fury -- who retired after beating Dillian Whyte last month -- has been in France for the last several days enjoying his newfound time off ... being spotted on a yacht as well as at different restaurants and watering holes in the country.

It's a well-earned vacay -- and hopefully, it features no more incidents from here! 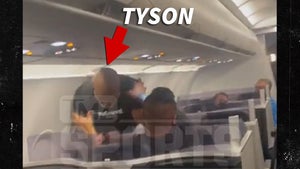 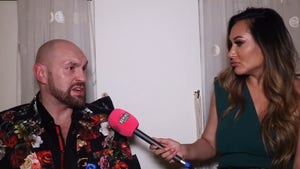