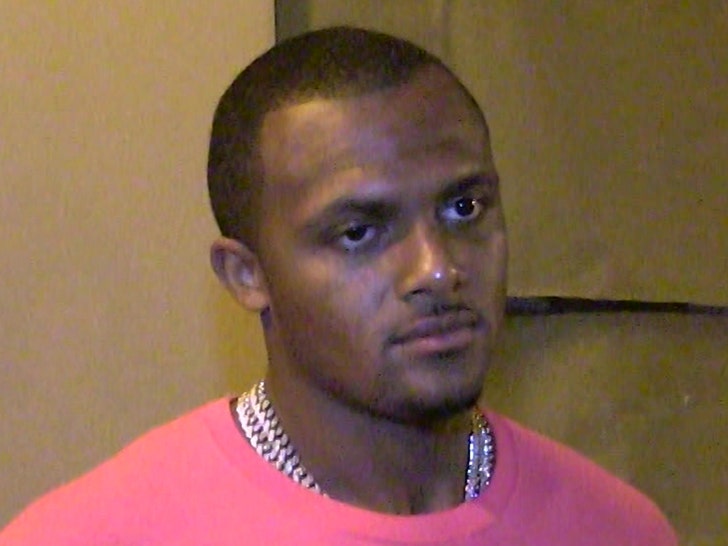 Deshaun Watson seems to be shooting himself in the foot ... courtesy of his own lawyer, who is now trying to clarify comments he made about massages and "happy endings." 😣

The Browns QB -- who's been cleared in a criminal probe, but still faces a mountain of civil suits about alleged sexual misconduct from multiple women -- is in damage control this week ... this after his lead attorney, Rusty Hardin, made some wild remarks on the air.

The dude was doing an interview with SportsRadio 610 (based out of Houston, DW's previous home in the NFL) when he said it isn't technically illegal for men to get a little something extra at the end of a session ... so long as nobody is forced or coerced into it.

Yeah ... he literally said that. And yes, it left a lot of people with their mouths open, because they couldn't believe Hardin had said it ... seemingly in connection to Deshaun's sitch.

Deshaun Watson's defense could be unraveling before our eyes, thanks to his lawyer's radio remarks and the subsequent effort to clean things up. https://t.co/8rL6y4EAGW

You can listen to what he said for yourself and decide whether he's talking about Deshaun or not -- especially in light of Hardin's clarifying comments thereafter, in which he said he was talking "hypothetically," and that his remarks in no way, shape or form explicitly reflected what Deshaun had or hadn't done pertaining to all these masseuses accusing him.

BTW, the number of lawsuits he's facing is now in the dozens (24 to be exact) and the NFL's apparently on the verge of announcing their decision on what to do about DW this season.

With the investigation concluded a decision on a potential suspension for #Browns Deshaun Watson could soon be coming https://t.co/VwGjdSu7s6

Of course, Deshaun was signed to a monster contract during this offseason ... getting a five-year $230 million deal from the Browns, with all the dough guaranteed. And it's not even clear if he'll even play in 2022! 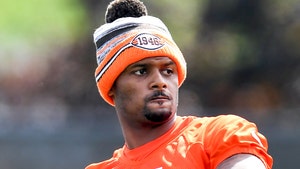 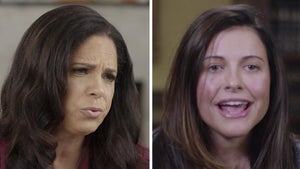