According to a court official, the case was dropped on Wednesday.

Langley's attorney, Halim Dhanidina, tells us the reasoning is because officials determined Langley "used force that was reasonably necessary" during the now-famous May altercation at Newark Liberty International Airport.

"We are grateful for the Court’s decision which puts an end to this ordeal that began nearly two months ago when Mr. Langley was assaulted then wrongfully arrested and charged for exercising his rights under the law," said Dhanidina, who works for Werksman Jackson & Quinn LLP. 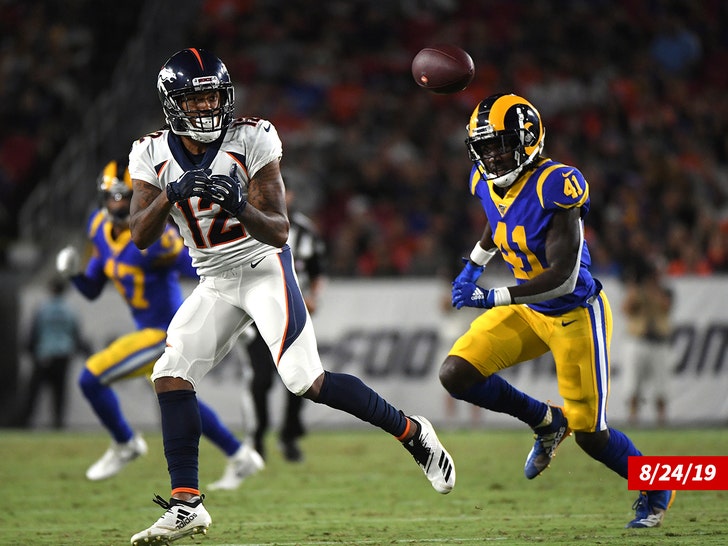 As we reported, Langley was initially arrested and charged with simple assault after he socked a United Airlines employee during a May 19 argument at the airport's ticket counter.

Langley -- who hit the guy so many times, he forced him to bleed -- said afterward through his attorney that he was simply defending himself. Langley's rep told us that the United employee had harassed the former NFL player, called him names, and got physical first.

Langley, a Broncos third-round draft pick in 2017, had just signed on to play wide receiver for the Calgary Stampeders, who initially decided to suspend him indefinitely over the fight. No word yet if they're now reinstating him following Wednesday's decision in court.

The United employee, meanwhile, was fired shortly after the incident.