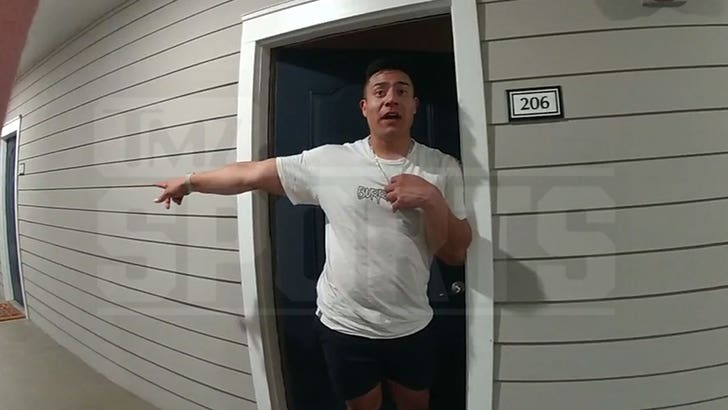 Former AEW star Jake Atlas told cops he was "an international trained superstar" and then slammed his boyfriend as "terrible at sex" in a rant during his arrest back in May ... new police video shows.

In the footage, obtained by TMZ Sports, you can see a police officer was trying to ask an agitated Atlas questions about an alleged domestic violence incident between him and his BF outside of his Orlando, Fl. home on May 23.

But, the wrestler, whose boyfriend had accused him of roughing him up during an argument earlier in the evening, appeared to be in no mood to play ball with the cop.

Instead, Atlas told the officer about his wrestling resume, all while bashing his boyfriend and their relationship repeatedly.

"I am an international trained superstar," said the 27-year-old, who is openly gay. "I have worked across the country, across the world, with my name. He is a nobody."

Atlas, real name Kenny Sanchez Martinez, went on to call the man a "f**ing bitch ass, f***ing p***y" ... before ultimately telling the cop, "[he] is a terrible boyfriend and he's terrible at sex."

The cop tried repeatedly to get Atlas to tell his side of the story and explain the events that had gone down earlier in the evening, but the wrestler never seemed to cooperate. Atlas was eventually arrested on the scene and later booked on a domestic violence battery charge.

Atlas' charges were eventually dropped, however ... with officials writing in court documents, "this case is not suitable for prosecution."

The wrestler later commented on the case following its disposition in July, apologizing "for my wrongdoing and any hurt, disappointment and complication I may have caused to my colleagues and fans."

Atlas said he participated in an outpatient program to deal with "a dual diagnosis in substance abuse and mental health," and is continuing to seek treatment. 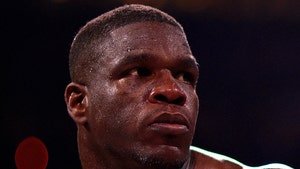