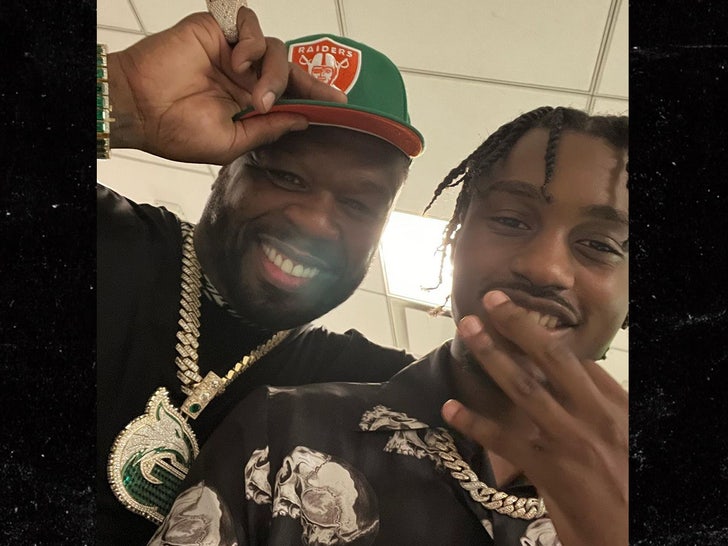 Lil Tjay seems to be doing fine following his near-fatal shooting this summer … just ask 50 Cent, who was all smiles while flicking it up with the “FN” rapper.

Tjay posted a double selfie Monday … referencing both his and 50 Cent’s brushes with death with the caption “MANY MEN" loaded with thinking emojis.

The Trench Kid was hanging out in L.A. while taking in a special performance from his rap O.G.’s Snoop Dogg, Tony Yayo, Flo Rida and O.T. Genasis … who jokingly used 50’s song “I’m Supposed to Die Tonight” as a punchline for Tjay’s good fortune.

Of course, it’s historic knowledge 50 Cent survived being shot 9 times prior to making it big as a rapper … and famously detailed the incident in his song “Many Men” from his diamond-selling debut album, “Get Rich Or Die Trying.”

The song has been a popular remake for rappers in the past … 21 Savage, Polo G and the late Pop Smoke, among others, have their own versions -- and it would be a nice fit for Tjay’s comeback catalog.

Tjay was shot 7 times before bouncing back with the song “Beat The Odds” and revealed he started walking a week after coming out of surgery.

TMZ Hip Hop dropped the deets back in June ... Tjay was shot by a man named Mohamed Konate, resulting in an attempted murder charge for the NJ native. 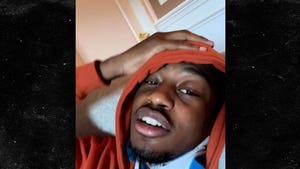 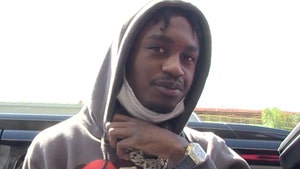