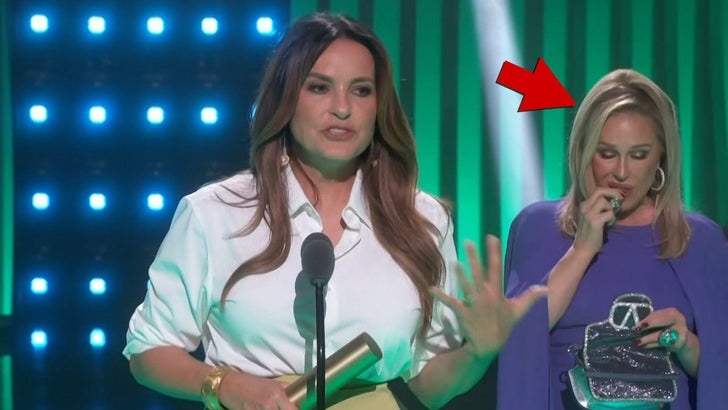 Kathy Hilton's dry lips wait for no one ... as Mariska Hargitay and the People's Choice Awards audience learned when Kathy applied gloss right onstage, and on camera, making for a totally awkward moment.

The "Law & Order: Special Victims Unit" star had just won Best TV Drama Star of 2022 and was in the middle of delivering remarks ... when KH was caught on camera standing behind Mariska, and felt that was the best time to give her lips some shine. 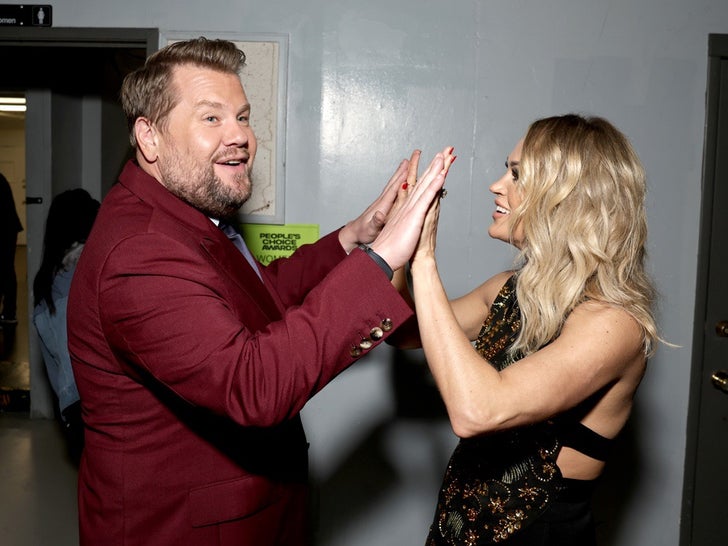 Kathy was up there because she and her other 'RHOBH' costars were the presenters, but we're guessing she didn't realize she was still visible on TV. Then again, the live audience would still see her. So, yeah ... awkward!

There were other standout moments as well, including Olivia Wilde's appearance for her "Don't Worry Darling" win as the Drama Movie of 2022.

OW accepted the PCA with grace ... totally glossing over the film's behind-the-scenes drama -- she made no mention of the beef at the center of it.

She said, "We made this movie in 2020 when many people were not confident that audiences would ever return to theaters if they ever reopened, yet … crew members showed up every single day during a pandemic to make something that they hoped that you guys would show up for. And you guys did show up. And we are so, so grateful."

Khloe Kardashian and Kris Jenner accepted the award for Reality Show of 2022 -- thanking audiences for continuing to tune in and allowing them to live their lives on camera and embracing them on a new network, Hulu.

Another highlight ... Shania Twain's Music Icon Award, which was accompanied by a live performance from her. When she accepted, she said, "This is such a privilege and dream really."

Other winners included Lizzo, who won the People's Champion Award, Adam Sandler as the Comedy Movie Star of 2022, as well as Carrie Underwood winning the Country Artist of 2022.

The people have spoken. 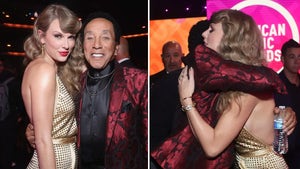