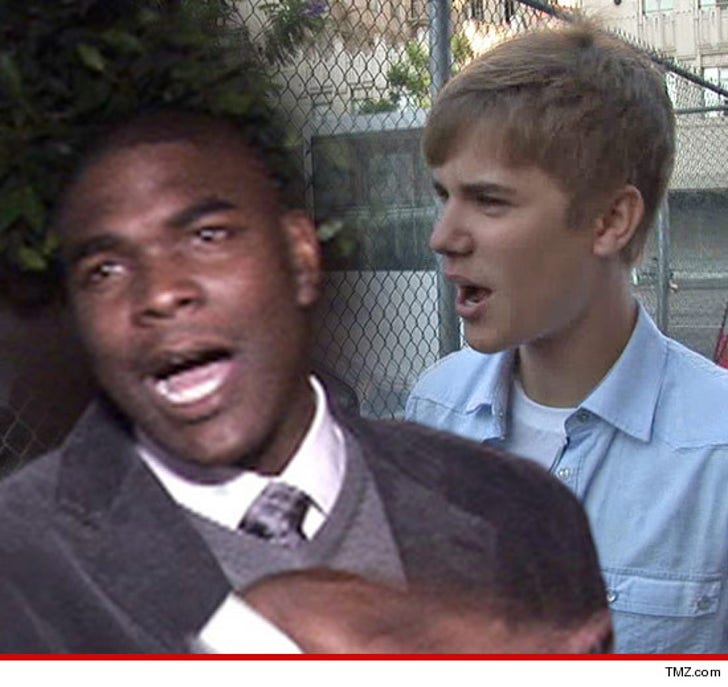 Keyshawn Johnson is still furious with Justin Bieber -- claiming the pop star is "playing with dynamite" by endangering Keyshawn's family with his reckless driving.

TMZ spoke with Keyshawn's agent Jerome Stanley who tells us ... Keyshawn is "very, very, very livid" with Justin for blazing through their Calabasas community in his Ferrari on Monday ... right where Keyshawn was walking with his children.

As we previously reported, Keyshawn chased after Bieber in his Prius -- and tried to confront the singer at Bieber's house -- but JB ran and hid inside of his home when Key pulled up.

"Keyshawn is taking the situation very seriously," Stanley says ... "He wants Justin to slow down and be a responsible neighbor."

We asked Stanley if Keyshawn plans to aid in the investigation -- to which he replied, "Keyshawn is a law-abiding citizen and he'll do whatever it takes to help the authorities." 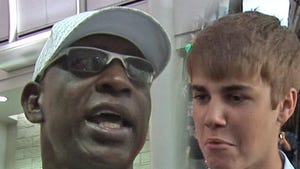