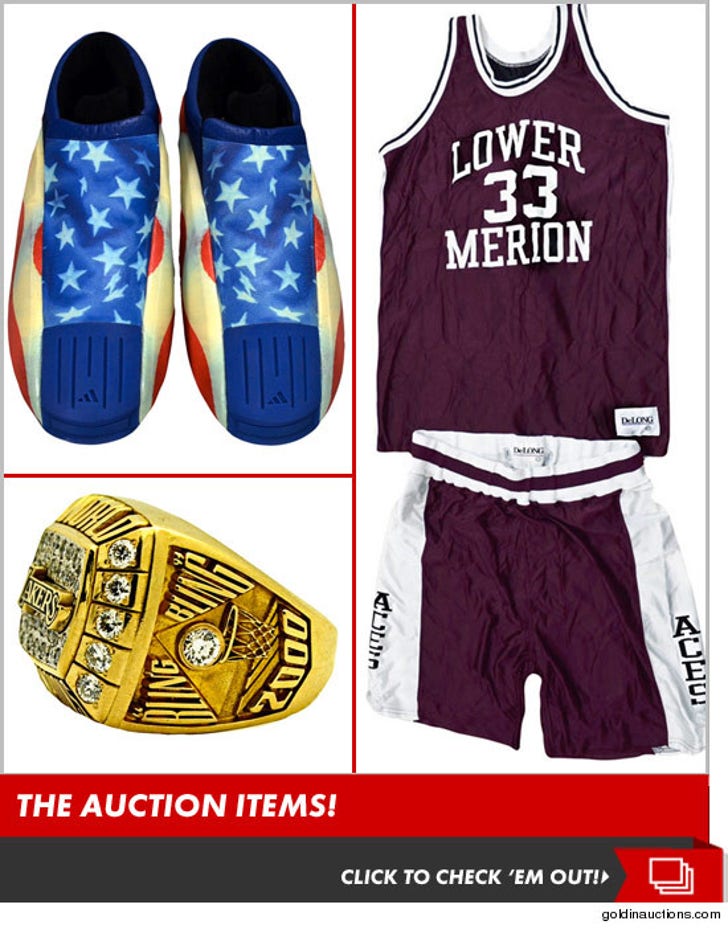 It's the stuff that caused a war between Kobe Bryant and his parents -- a collection of the NBA star's tacky jewelry, shoes and jerseys -- and now it's officially up for auction.

A diamond-encrusted NBA Championship ring complete with the words "Bling Bling" engraved on the side ... prototypes of Kobe's shoes ... Bryant's high school jersey -- it's all up for sale.

As we previously reported, Kobe sued his mom to prevent her from selling the memorabilia ... claiming she had no ownership rights to the merchandise.

But Pamela Bryant -- along with her husband Jellybean -- fought back ... claiming Kobe had gifted the stuff to them over the years and they had every right to sell it.

Last week, the two sides hammered out a settlement agreement ... in which Kobe allowed his folks to sell off 10% of what they had originally tried to auction ... and the items are pretty interesting.

As part of the settlement, half the proceeds from 4 key items -- including Kobe's palladium 2000 All-Star ring -- will go to support one of his favorite causes: the social action campaign around the anti-bullying documentary "Bully." 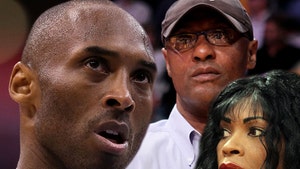 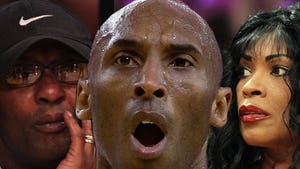 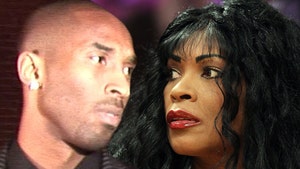