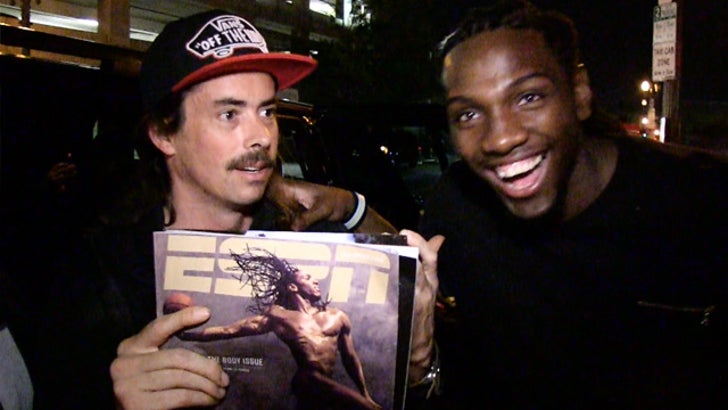 The star of the video is Denver Nuggets superstar Kenneth Faried -- who also happens to be on the cover of the ESPN body issue ... the one with all the naked athletes.

The 23-year-old was leaving Lure nightclub in Hollywood last night -- and seemed a little boozy (but in a playful way) ... when things quickly spun out of control.

First -- our guy had no idea who Kenneth was (so Kenneth messed with him and told him he's a soccer player ... pretty funny).

As Kenneth continues to mess with our guy, one of the NBA star's friends whips out the ESPN mag ... and our photog finally puts 2 and 2 together. It's hilarious.

And that's when the REAL fun begins ... with our photog asking about the naked photo shoot:

Kenneth then holds up the cover and starts musing on and on about his physique ... "I'm a SEXY INDIVIDUAL. Look at that s**t. You see that s**t? Look at them yams! Look at them abs!"

KF also says he's down to do Playgirl ... but there's a catch.

The best part of the encounter ... Kenneth took the responsible route home -- and got into a waiting SUV. 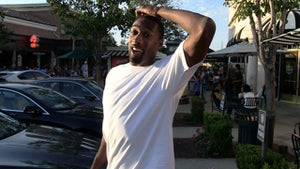 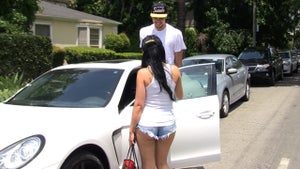 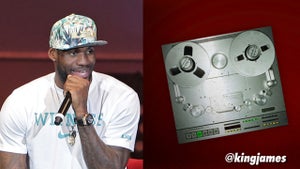